People tend to eat more when they dine with family or friends than when eating alone. A study calls it 'the social facilitation' effect.

Washington DC: People tend to eat more when they dine with family or friends than when eating alone. A study calls it 'the social facilitation' effect.

Previous studies found that those eating with others ate up to 48 per cent more food than solo diners and women with obesity eating socially up to 29 per cent more than when eating alone.

Experts at the University of Birmingham found that eating 'socially' has a powerful effect on increasing food intake relative to dining alone, after evaluating 42 existing studies of research into social dining. The results were published in the 'American Journal of Clinical Nutrition.' 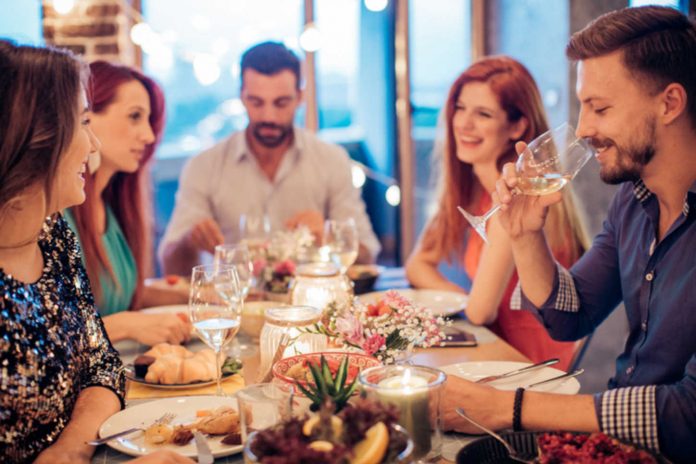 They explain that ancient hunter-gatherers shared food because it protected against periods of food insecurity - this survival mechanism may still persist today, leading to people eating more with friends and family.

"We found strong evidence that people eat more food when dining with friends and family than when alone. However, this social facilitation effect on eating was not observed across studies that had looked at food intake amongst people who were not well acquainted," said Dr Helen Ruddock, research leader from the School of Psychology at the University of Birmingham.

"People want to convey positive impressions to strangers. Selecting small portions may provide a means of doing so and this may be why the social facilitation of eating is less pronounced amongst groups of strangers," continued Dr Ruddock.

"Findings from previous research suggest that we often choose what (and how much) to eat based on the type of impression that we want to convey about ourselves. Evidence suggests that this may be particularly pronounced for women eating with men they wish to impress and for people with obesity who wish to avoid being judged for overeating," said Dr Ruddock.

Also Read: Here's why eating many fruits and vegetables may not be healthy

The study highlighted that, as with many other species, humans tend to share a common food resource. Most humans are no longer hunter-gatherers, but mechanisms similar to those that once served efficient foraging continue to guide our dietary behaviour.

The recent and rapid transition to a dietary landscape in which food is abundant has created forms of 'evolutionary mismatch' - inherited foraging strategies no longer serve their former purpose. 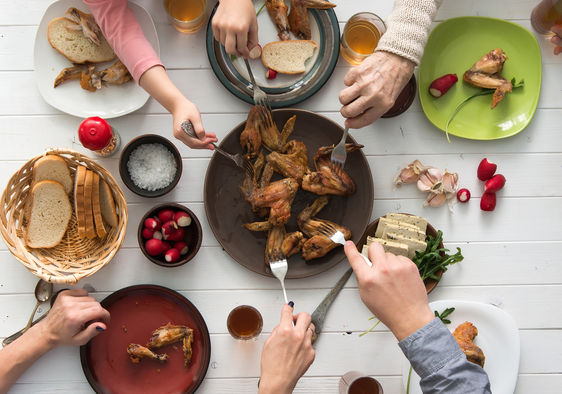 Researchers noted that, in the case of social facilitation, we have inherited a mechanism that once ensured equitable food distribution, but now exerts a powerful influence on unhealthy dietary intakes.

This creates a tension between an individual 'being seen' to share food altruistically and eat as much as they need.

"A solution to this tension may be to eat at least as much as others in the group - individual members match their behaviour to others, promoting a larger meal than might otherwise be eaten in the absence of this social competition," commented Dr Ruddock. (ANI)