After filing his nomination from Varanasi parliamentary constituency, Prime Minister Narendra Modi on Friday expressed gratitude to people of temple city for blessing him even after five years and urged voters to cast vote on the polling day.

Varanasi: After filing his nomination from Varanasi parliamentary constituency, Prime Minister Narendra Modi on Friday expressed gratitude to people of temple city for blessing him even after five years and urged voters to cast vote on the polling day.

"I thank residents of Varanasi for their support. Thankful for the love I got. I deeply express gratitude towards people of Kashi. They have again blessed me after five years. Such a grand roadshow yesterday was possible only in Kashi. I urge all the voters to cast their respective votes. Come out and vote in huge numbers," Modi told reporters here. 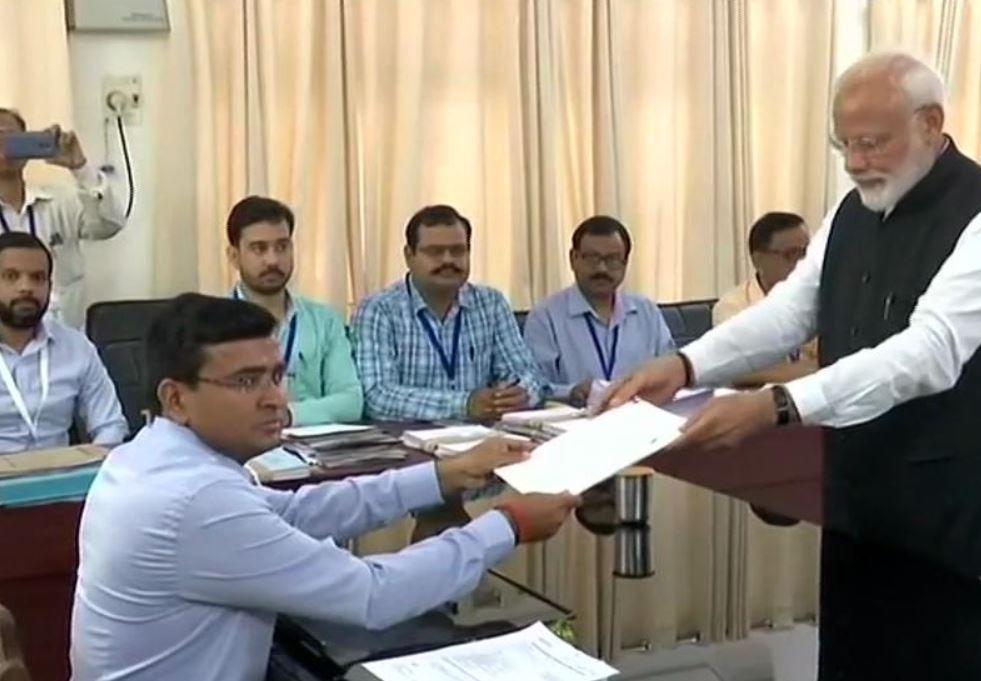 The Prime Minister also urged people to not believe anyone who discourages them from exercising their franchise.<br>He added, "Some are making an atmosphere that Modi has already won, so it would be fine if you don't cast your vote. I request you all to not fall for it. Voting is your right, this is a festival of democracy, one should vote to make democracy stronger. I urge all the people not to believe them and to come out and vote. People should vote in large numbers to make the country strong."

Modi filed his nomination to fight the ongoing Lok Sabha elections from theVaranasi parliamentary constituency, the seat from where he handsomely won the 2014 general elections.

Modi is seeking a second term in office from Varanasi, a parliamentary seat he won in 2014, defeating Aam Aadmi Party (AAP) national convenor and Delhi Chief Minister Arvind Kejriwal by a massive margin of 3.37 lakh votes. Modi stormed to power in 2014 general elections with Bharatiya Janata Party (BJP) winning 282 of the Lok Sabha's 543 constituencies. The BJP won an absolute majority in 2014, reducing the then-ruling Congress to a miserly 44 seats.

During the 2014 general elections, Modi had contested and won from Vadodara in Gujarat as well as from Varanasi but retained the latter after trouncing Aam Aadmi Party convenor Arvind Kejriwal with a massive margin of 3.37 lakh votes. (ANI)