PM Modi: India will be key driver of global energy demands in next 25 years

Prime Minister observed the increasing energy demands of the world and the economies' gradual shift to green energy and energy efficiency in accordance with the climate change agenda based on the COP21 agreement.

New Delhi: Prime Minister Narendra Modi inaugurated the 16th edition of International Energy Forum (IEF) Ministerial on Wednesday, which is being hosted by India and co-hosted by China and South Korea.

In his opening address, the Prime Minister observed the increasing energy demands of the world and the economies' gradual shift to green energy and energy efficiency in accordance with the climate change agenda based on the COP21 agreement. 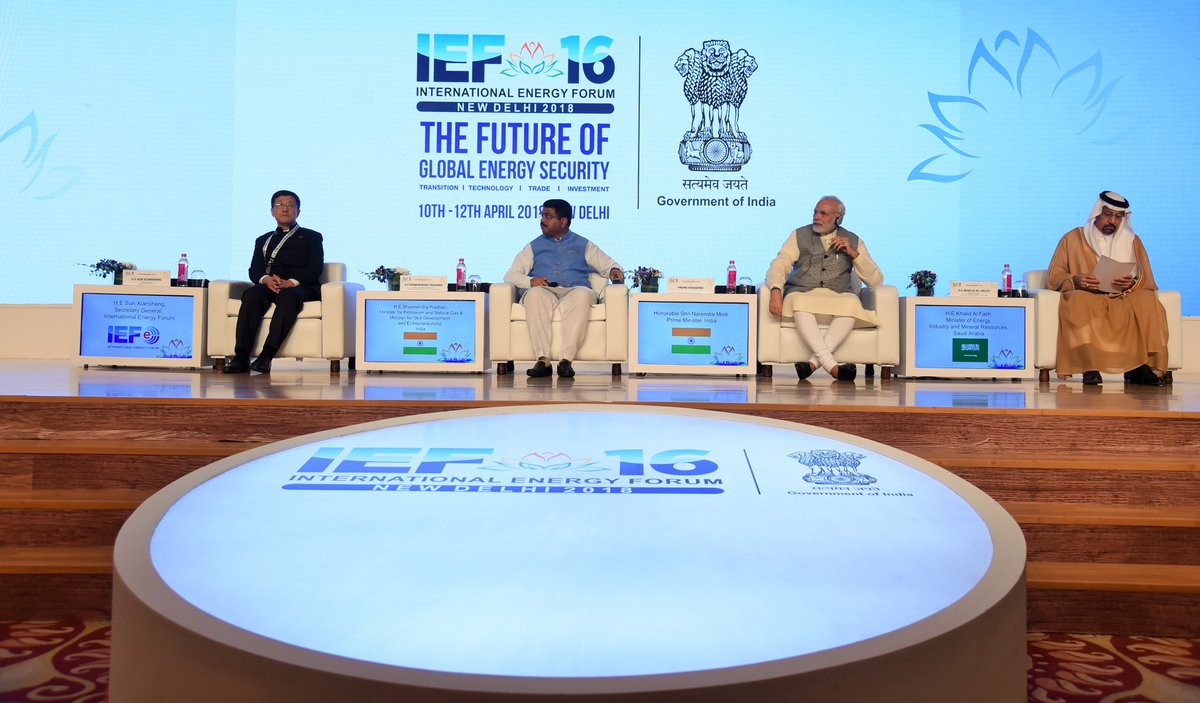 The Prime Minister also observed India's growing energy needs due to the rapid economic growth, "I came across an energy forecast prepared by an agency according to which India will be the key driver of the global energy demands in the next 25 years. India's energy consumption will grow by 4.2 percent a year for the next 25 years."

"Currently India is the fastest growing large economy in the world. All leading agencies are estimating India to grow at 7 to 8 percent in the future," he said, adding, "Our govt is boosting local manufacturing through Make in India and filling of youth in industries such as textile, petrochemical, engineering, etc. This in turn is also increasing out energy needs further."

Sharing his views on the hydrocarbon sector, Prime Minister Modi called for moving responsible oil prices that balance the interests of both the consumers and the producers. 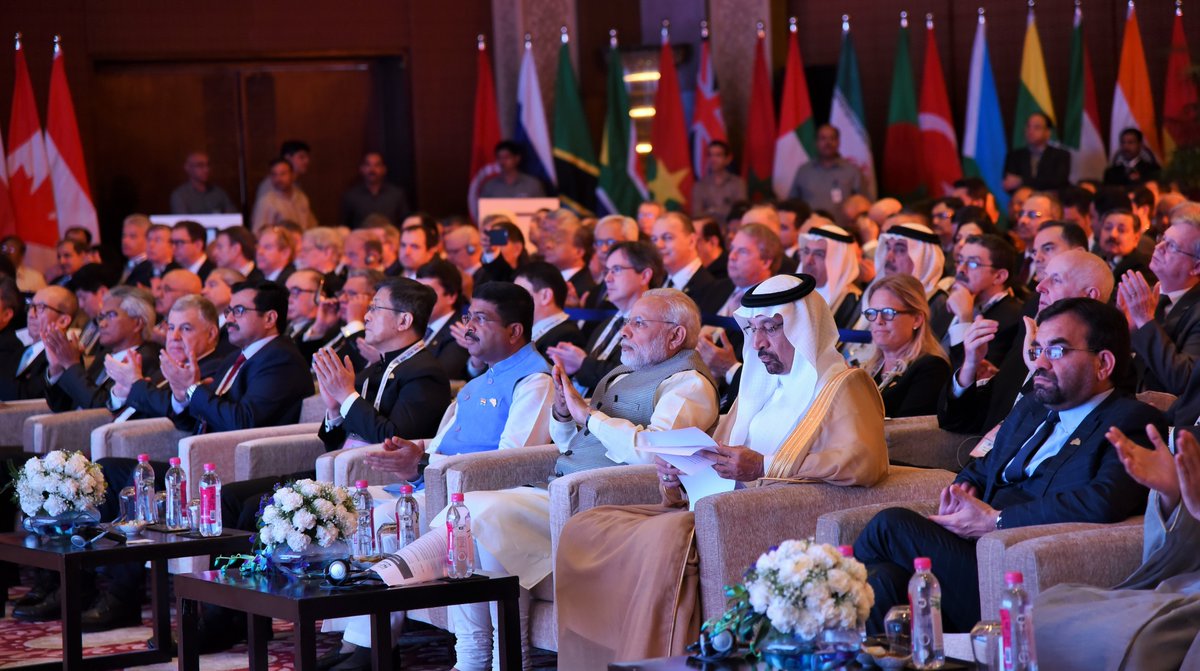 He also stressed on moving to transparent market for both oil and gas, vith the view to serve the energy needs of humanity in an optimal manner.

The Prime Minister also shed some light on the India's endeavour to achieve energy security.

"People must have universal access to clean, affordable, sustainable and equitable supply of energy," he said, and added, "My vision for India's energy future has four pillars- energy access, energy efficiency, energy sustainability and energy security. Energy in general and hydrocarbons in particular are important parts of my vision for India's future. India needs energy which is accessible and affordable to the poor."

Prime Minister Modi also listed down various ways in which the country is addressing the energy demands of the country, maintaining a balance between the economic growth and the needs of the poor.

"Our government has encouraged private participation across entire oil and gas value chain. Our government believes in an integrated approach to energy planning and our energy agenda in India is inclusive, market-based and climate-sensitive," he said.

The three-day forum with 92 participating countries will discuss the future of global energy. (ANI)