The Prime Minister also administered a fitness pledge on the occasion.

'Fit India movement', was launched on the occasion of the National Sports Day -- the birth anniversary of Major Dhyan Chand, which aims to encourage people to inculcate physical activity and sports in their everyday lives.

"On this day a great sportsperson was born, Major Dhyan Chand. He amazed the world with his fitness, stamina, and hockey stick," Modi said at the event.

Ahead of the launch, students from different schools presented a stellar performance before the Prime Minister and other attendees.

All educational institutes have been instructed to prepare and implement a fitness plan incorporating sports, exercises or other physical activities for fitness, into the daily routine.Ahead of the event launch, Union Minister of Youth Affairs and Sports, Kiren Rijiju tweeted.

As PM @narendramodi ji is launching #FitIndiaMovement at 10am, I'm extremely excited to see Chief Ministers making clarion call to citizens in their respective States for fitness. Here is the message of the CM of Tripura @BjpBiplab ji. https://t.co/hfBPb3kjmc

Union Defence Minister Rajnath Singh also expressed his happiness over fitness movement launch. He tweeted, "I am also happy to know that the Prime Minister Shri @narendramodi himself is going to launch the #FitIndiaMovement today to mark the National Sports Day. I appeal to everyone to join this fitness movement and make a 'Fitter & Better India'." 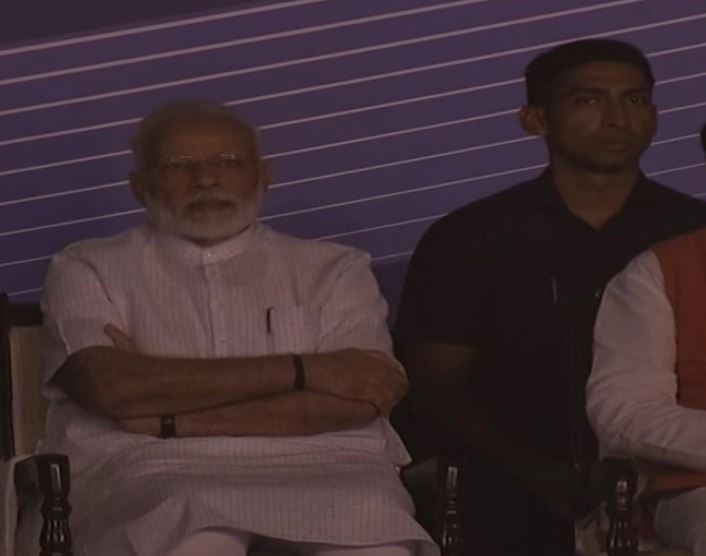 During his latest 'Mann Ki Baat' radio address, Modi had asked people to take part in the 'Fit India Movement'.

"During today's Mann Ki Baat, I have made some requests to my fellow Indians: Visit iconic places relating to Bapu as a part of his 150th Jayanti. Travel to places related to nature and wildlife. Strengthen Poshan Abhiyan. Be a part of Fit India movement," he had said.

Delhi: Prime Minister Narendra Modi launches #FitIndiaMovement from Indira Gandhi Stadium, on the occasion of #NationalSportsDay. Says, "On this day a great sportsperson was born, Major Dhyan Chand. He amazed the world with his his fitness, stamina, and hockey stick." pic.twitter.com/HKHV7P14Ug

This is not the first time that the Modi government has launched a fitness campaign. It was Prime Minister who, through the United Nations as a forum, urged the world to observe International Yoga Day on June 21 every year. The government last year had come up with #HumFitTohIndiaFit campaign in which people from all walks of life participated by sharing their exercise regimes. (ANI)

PM Modi: India will be key driver of global energy demands in next 25 years

Our aim is to make evidence-based policy-making integral part of governance by 2022: PM Modi