He launched the Rashtriya Gram Swaraj Abhiyan at Ramnagar in this tribal-dominated district of Madhya Pradesh on the occasion of National Panchayati Raj Day.

The programme seeks to address critical gaps that hinder the success of Panchayats by enhancing their capacities and effectiveness, and promote devolution of powers and responsibilities. 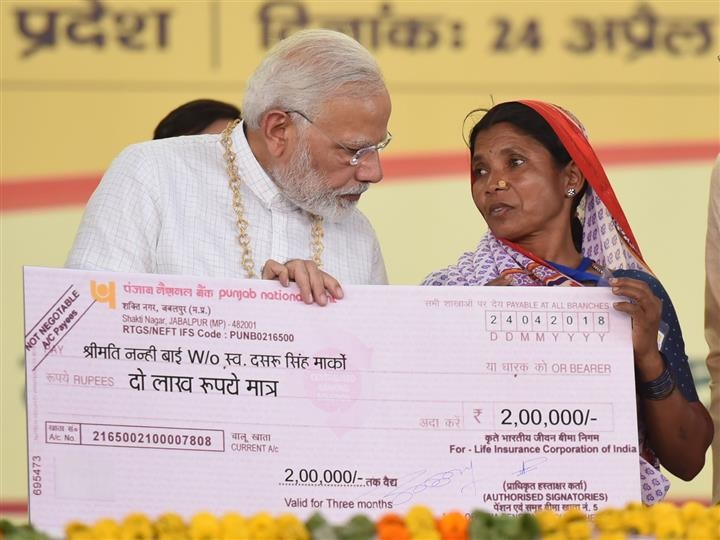 The prime minister also laid the foundation stone for a liquefied petroleum gas (LPG) bottling plant at Maneri in the district.

Modi also honoured panchayats for their achievements in implementing the government's e-governance scheme, making villages under their jurisdiction open defecation-free (ODF) and also smokeless by switching from conventional fuel to LPG.