"Have you read about Mani Shankar Aiyar. Didn't they insult me and people of Gujarat? Now news is that Pakistan High Commissioner and foreign minister and Manmohan Singh met at his house just before the Gujarat polls. This is a serious issue that I want to ask. What is the reason for secret meeting with Pakistanis?" Prime Minister Modi said, while addressing a rally in Banaskantha's Palanpur. 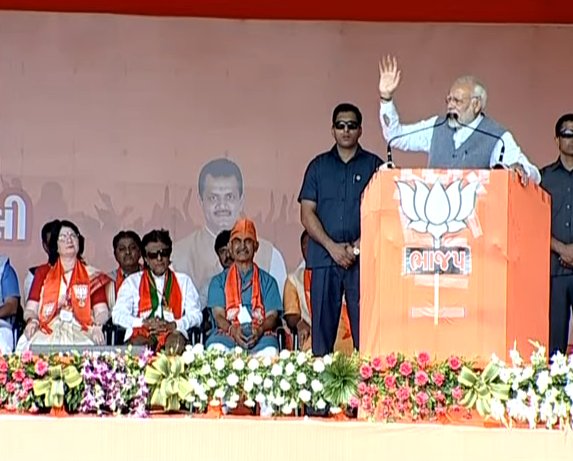 Meanwhile, the Prime minister also hailed the work in Banaskantha, especially in the agriculture sector.

"The entire nation is seeing the wonders of Banaskantha in agriculture, particularly in potato cultivation," he added.

The prime minister, who was apparently suffering from a sore throat, could not talk properly and hence concluded his speech urging the gathering to vote for Bharatiya Janata Party (BJP).

The political parties have started campaigning for the second phase of Gujarat assembly to be held on December 14. 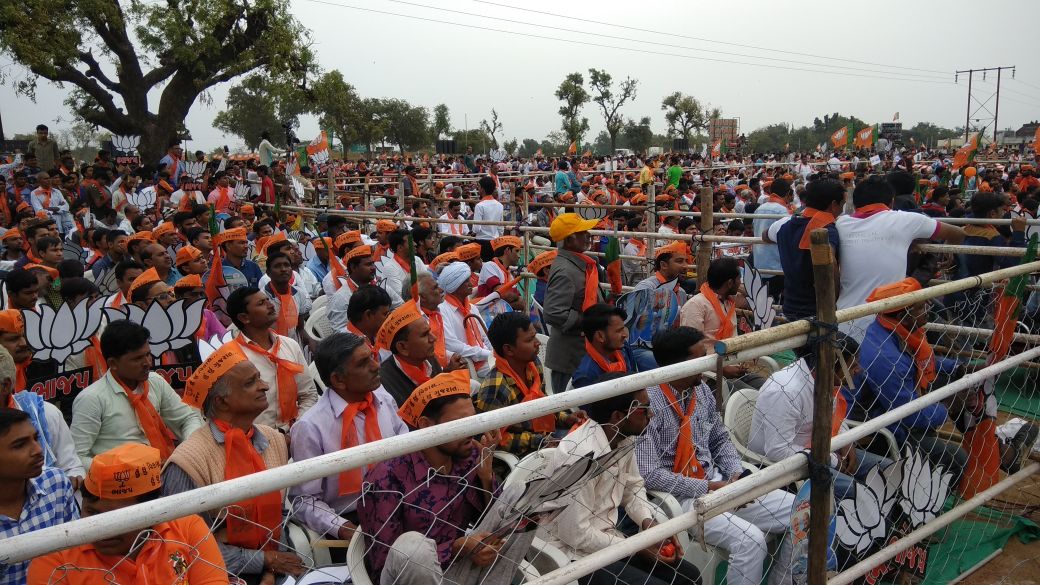 The first phase was held on December 9 for 83 assembly constituencies. (ANI)

Celebrations in BJP Headquaters in Delhi