Rahul Gandhi said that forthcoming Karnataka Assembly polls is a battle between two ideologies- Congress which believes in empowerment and the other is RSS-BJP.

While addressing a rally in Karnataka's Aurad, the Congress chief said that forthcoming Karnataka Assembly polls is a battle between two ideologies- Congress which believes in empowerment and the other is RSS-BJP.

"Prime Minister Modi and BS Yeddyurappa want to spread RSS' ideology across India. They only want that the ideology from RSS' Nagpur office should prevail in India," he said.

The Congress chief even alleged that both the BJP and the RSS's prime agendas are to polarise people to win elections.

"The BJP-RSS duo doesn't care about Karnataka's aspirations, it only cares about polarising people to win elections," he said.

"He answers no questions on the scams perpetrated by his friends," Rahul added. 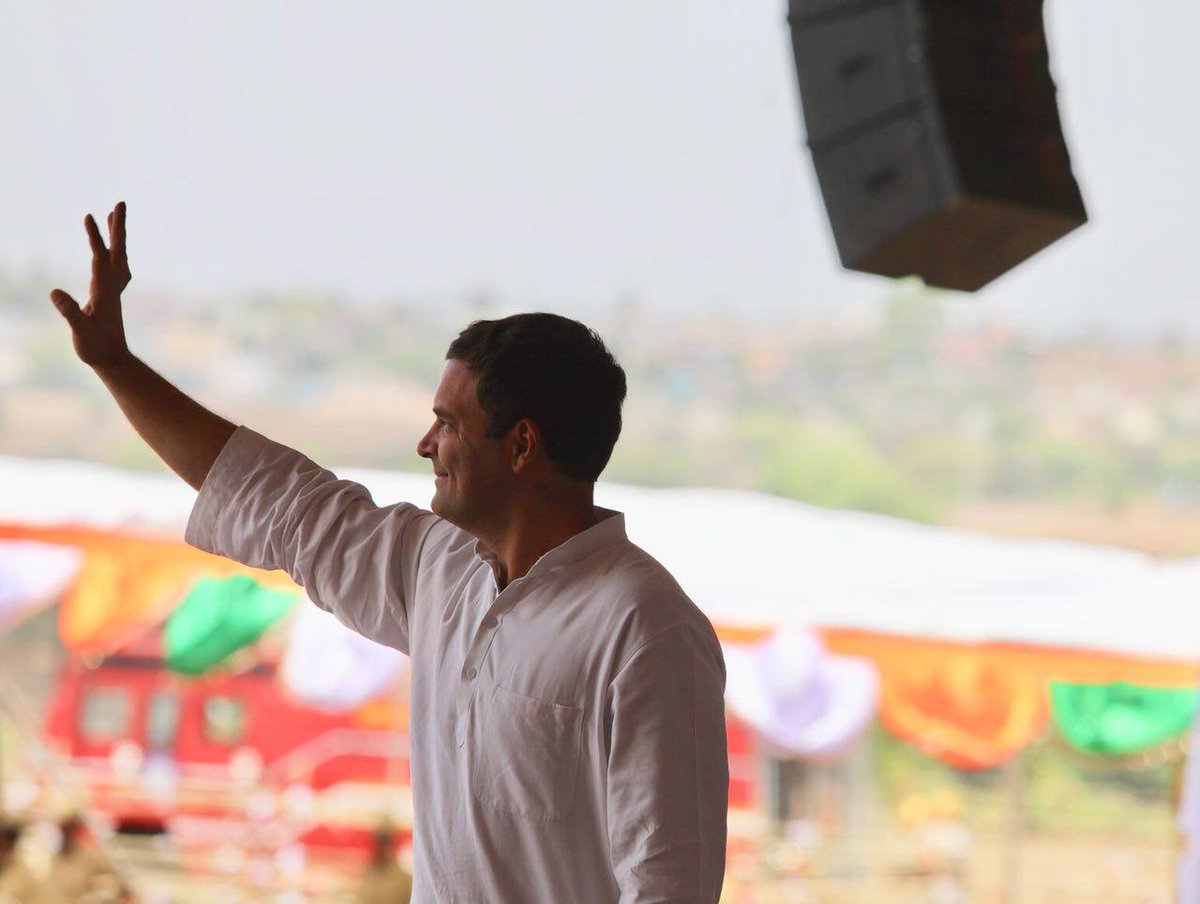 Highlighting the achievements of the Congress government ruling in the state said, the Congress chief said that the election is not about the Prime Minister or him, but about the future of Karnataka.

He asserted that the Congress government in the state fulfilled 90 percent of the promises made in the manifesto in the previous assembly election.

"He (Prime Minister Modi) is campaigning in the state but he can't attack us on education because we have provided education right from kindergarten to children. He can't even attack us on the construction of roads, neither can he question us on farmer issues," Rahul said.

The Congress chief, who later addressed another rally Bidar, said that he would never make a personal attack on the Prime Minister, owing to his stature.

"'No matter what he (Prime Minister Modi) says about me, I will never make a personal attack on him as he is the Prime Minister of the country, but I can ask him questions," he added. (ANI)

Congress hints at possible alliance for 2019

Rahul Gandhi: Will waive farmer loans within 10 days of coming to power