PM Modi: We have to hug each Kashmiri, create new paradise

Blaming the Congress for the plight of Kashmiris for decades, Prime Minister Narendra Modi on Thursday called for "hugging each Kashmiri and creating a "new paradise" in the valley.

Nashik: Blaming the Congress for the plight of Kashmiris for decades, Prime Minister Narendra Modi on Thursday called for "hugging each Kashmiri and creating a "new paradise" in the valley.

Launching the BJP's poll campaign for the next month's Maharashtra Assembly elections, Modi said a lot of efforts are being made from across the border to foment violence in Jammu and Kashmir. 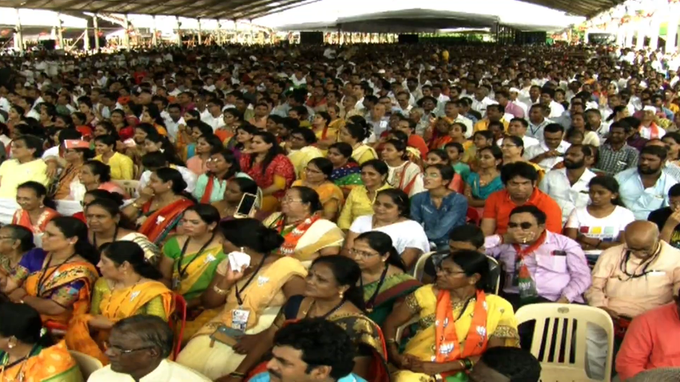 "We have to create a new paradise (in Kashmir)... hug each Kashmiri," he said. The decision to revoke provisions under Article 370 was a decision for the unity of India, Modi said. "This decision is going to be the medium of fulfilling the aspirations and dreams of the people of Jammu and Kashmir," he said.

"A lot of efforts are being taken from across the border to spread unrest and disbelief and foment violence in Jammu and Kashmir," he said.

"The youth, mothers and sisters in Jammu and Kashmir have made up their mind to come out of the long period of violence. They want development and new job opportunities," he said. 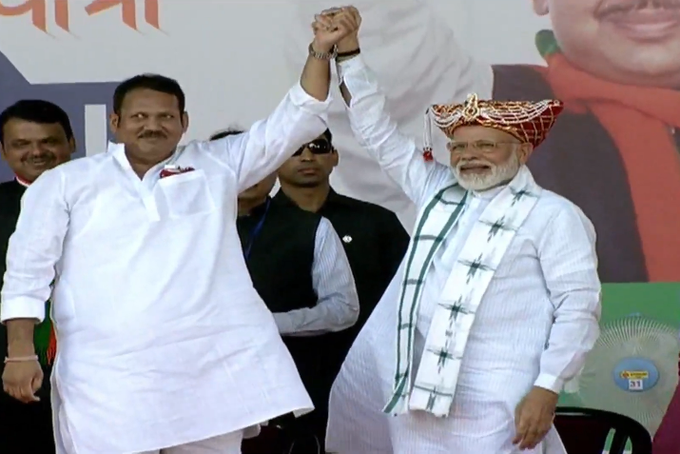 Modi said, "We had promised that we will make new efforts to curb the problems in Jammu and Kashmir and Ladakh.

Today I can say with satisfaction that the country has started walking towards fulfilling those dreams" The implementation of the Constitution in totality in Jammu and Kashmir wasn't just the decision of a government but was done keeping in view sentiments of 130 crore Indians, he said.

"This decision was taken to bring out people of Jammu and Kashmir and Ladakh from violence, terrorism, separatism and corruption," Modi said.

"Cattle don't vote," Modi said on criticism that his government's programme to vaccinate 50 crore livestock is a political move.

Congress to Modi: Cannot solve unrest in Kashmir at gunpoint