Priyanka took her Twitter to share dazzling look at the awards, and she was accompanied by none other than ace Michael Kors himself.

The 34-year-old actress took to Twitter to share her dazzling look at the awards, and she was accompanied by none other than ace Michael Kors himself. 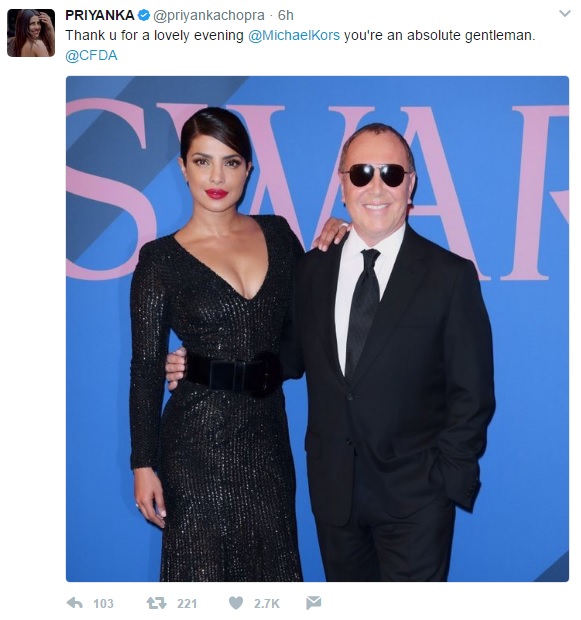 She captioned the snap, "Dear NYC, are you ready for this tonight? ?? with @MichaelKors for #cfdaawards." 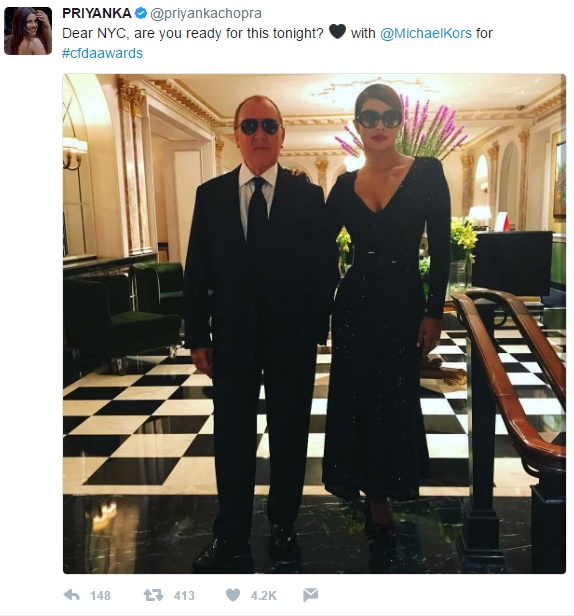 During a Facebook live stream on the official CFDA page, Michael Kors described Priyanka's dress as, "A little dangerous, very New York, covered up and sexy at the same time."
PeeCee also shared a boomerang video on Instagram doing her trademark twirl.

This isn't the first time Priyanka and Michael had met. Priyanka had attended an event last year by Michael Kors and had posed with him along with other celebrities. (ANI)