Priyanka: Sonbhadra victims kin came to meet me but prevented by police

Congress leader Priyanka Gandhi Vadra who had spent last night at a guesthouse here said that victims of the Sonbhadra firing had on their own come to meet her today but were being prevented from doing so by the police and administration. She also urged media persons to put pressure on the administration to let the kin meet her. 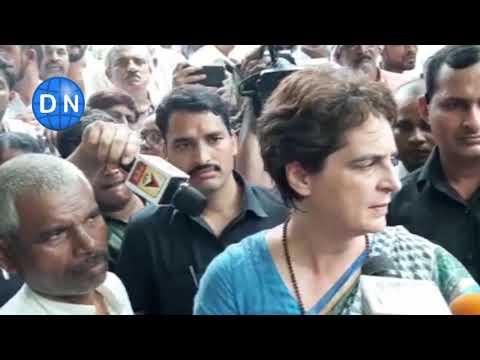 Mirzapur: Congress leader Priyanka Gandhi Vadra who had spent last night at a guesthouse here said that victims of the Sonbhadra firing had on their own come to meet her today but were being prevented from doing so by the police and administration. She also urged media persons to put pressure on the administration to let the kin meet her.

"The families of those who were killed and injured have come from Sonbhadra to meet me on their own. Two relatives of the victims have come here to meet me but 15 others are not allowed to meet me, are being stopped. Even I am not allowed to meet them. I do not understand what the Uttar Pradesh government and police administration want," she said while speaking to media persons here.

Earlier in the day, Priyanka, who had spent the night at the Chunar Guest House in Mirzapur and met senior Uttar Pradesh administration officials said she will not leave until and unless she is permitted to meet Sonbhadra victims families.

"It has been 24 hours. I am not going to leave until and unless I am allowed to meet the victims of Sonbhadra's firing case," Priyanka said while speaking to media persons here. 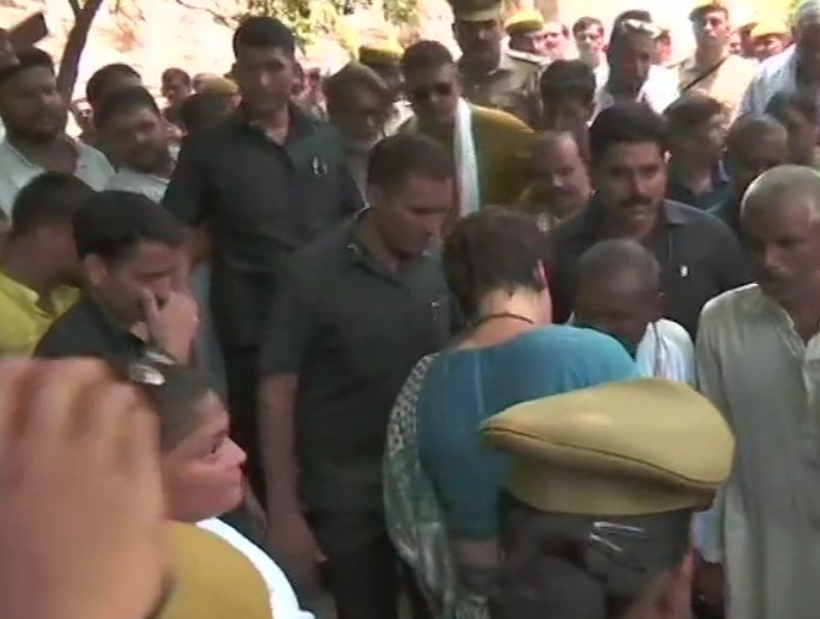 Congress leader said she has asked the police to allow her to visit Sonbhadra with two persons as that would not violate Section 144 imposed there, which restrict the movement of more than four persons in an area.

"I told police administration that I would go to meet victims affected by firing in Sonbhadra with two people and they can accompany me. But they did not listen to me. They asked me at night to go away from here. But I want to meet victims family. Let the police do whatever they want to do," she said.

The party workers sitting on dharna with her have maintained that the fight will continue till she is allowed to go and meet the victims of Sonbhadra firing incident.

On Friday, Congress general secretary Priyanka was detained on her way to meet the kin of those killed in the July 17 Sonbhadra firing incident citing imposition of Section 144 in the area, which prohibits movement of more than four people in the area. She was escorted to Mirzapur by Uttar Pradesh Police from Vanaras. 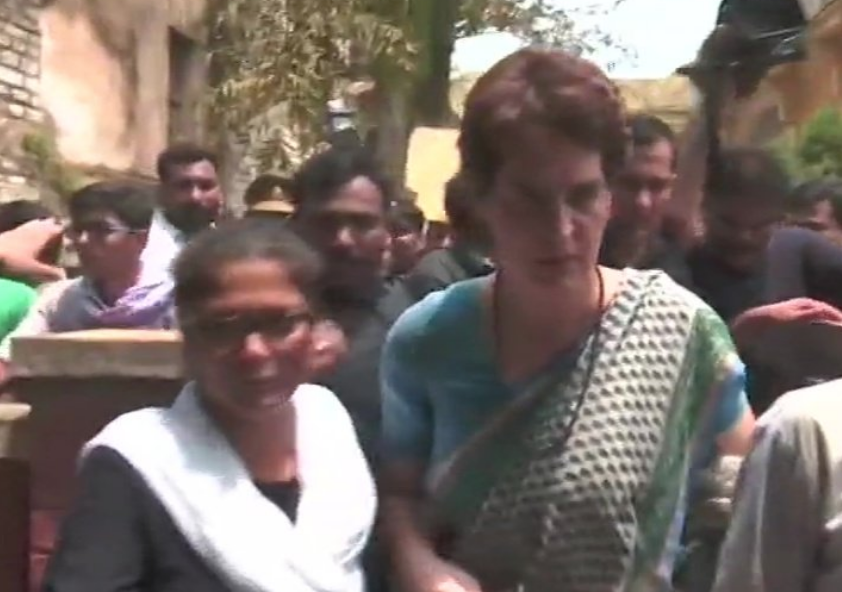 Priyanka had said that she wants to meet victims and she is prepared to go even jail for that. "If the government wants to put me in jail for meeting the victims, I am fully prepared," Priyanka had tweeted.

She further said that she will not pay the bail amount at any cost. "I will not furnish the bail amount; I will not pay a single penny. I had said if Section 144 is imposed in Sonbhadra, I won't violate it, 2 people will go. But the action was taken. I have been kept here for the last 7 hours. I would not move without meeting them."

The Sonbhadra firing incident took place in Ubbha village of Ghorawal where the village head went to take possession of his land purchased two years ago. However, he met with opposition from the villagers which triggered the firing allegedly by his aides leading to 10 deaths. (ANI)

Sonbhadra firing case: It looks like I am arrested, says Priyanka after being detained