Spanish tennis star Rafael Nadal entered the finals of the ongoing US Open on Friday (local time) as he defeated Italy's Matteo Berrettini 7-6, 6-4, 6-1 in the semi-final match.

New York: Spanish tennis star Rafael Nadal entered the finals of the ongoing US Open on Friday (local time) as he defeated Italy's Matteo Berrettini 7-6, 6-4, 6-1 in the semi-final match.

The match was played at Arthur Ashe Stadium. With this win, Nadal has entered his fifth Us Open final and if he manages to win US Open, he will take his Grand Slam tally to 19. The first set was a closely fought affair as both Nadal and Berrettini went back and forth to maintain the intensity of the match. 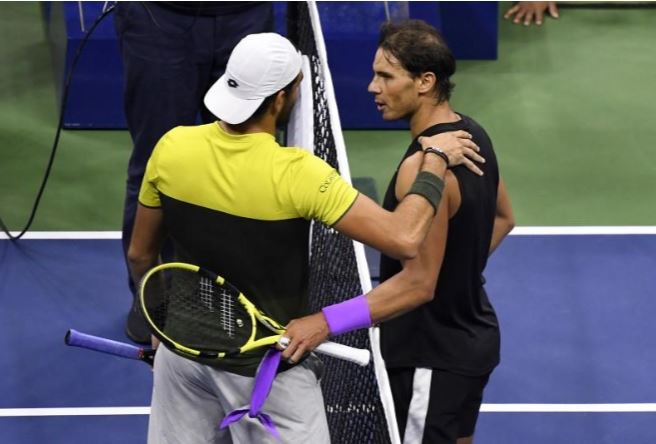 Both players were in no mood to lose the momentum and in the end, Nadal managed to win the set by the slightest of margins. He took the first set 7-6 in 74 minutes.

Italian Berrettini came out all guns blazing in the second set and he managed to take a 3-2 lead over Nadal in the set.

However, the world number two came strongly to level the set at 3-3, and in the end, he ended up winning the set 6-4. The last set of the match was a one-sided one, as the 33-year-old Nadal completely dominated his Italian opponent. He just dropped one game in the set and ended up winning it 6-1. 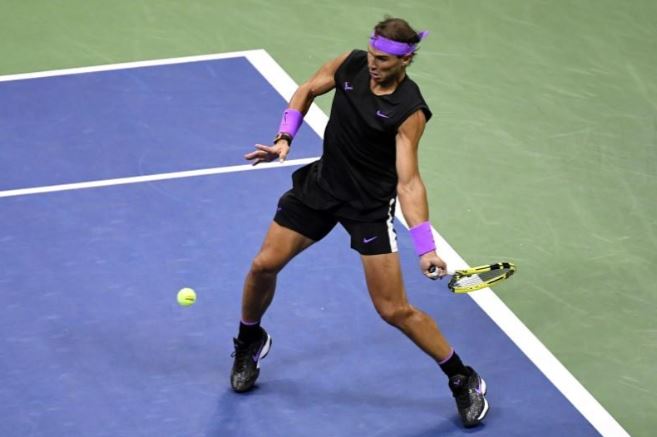 Nadal and Medvedev will take on each other in the finals of the tournament on Sunday.(ANI)