Gandhi, who is on his two-week visit to the U.S., addressed the students of University of California, Berkeley on ' India at 70: Reflections on the Path Forward', and said that when the United Progressive Alliance (UPA), led by the Congress, was in power, he had worked with former prime minister Manmohan Singh and senior leaders like P. Chidambaram and Jairam Ramesh to resolve the problems facing Jammu and Kashmir for nine years. 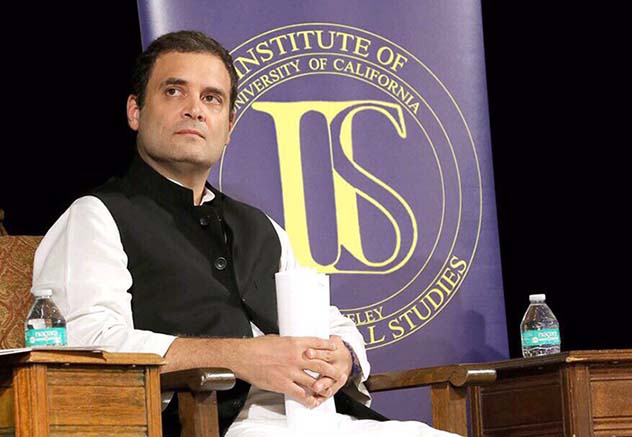 "For nine years, I worked behind the scenes with former prime minister Manmohan Singh, P. Chidambaram, Jairam Ramesh and others on Jammu and Kashmir. When we started, terrorism was rampant in Kashmir, when we finished there was peace, we had broken the back of terrorism. By 2013, we basically broke the back of terror, I hugged then prime minister Manmohan Singh and told him it was one of the biggest achievements," he added.

He further said that the People's Democratic Party (PDP) had been instrumental in bringing youngsters in politics, but the day Prime Minister Modi made alliance with the PDP, he destroyed them.

"So he (PM Modi) massively opened up the space for the terrorists in Kashmir, and you saw the increase in violence," he added.

Rahul further said that the Congress government had given the Kashmiri youth a "vision" and employment opportunities. 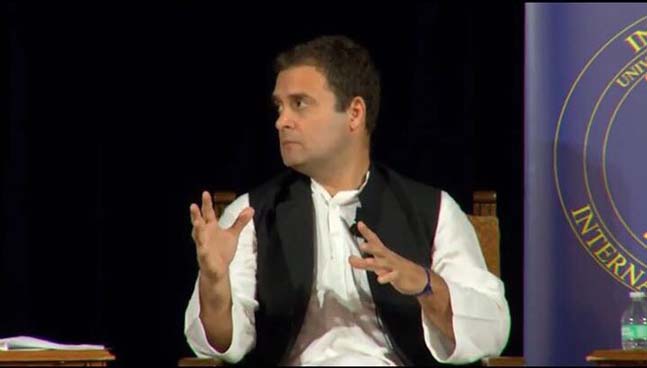 Gandhi would interact with global thinkers and political leaders, and address overseas Indians as part of an outreach initiative by his party, during his U.S. visit. ( ANI)