There is a fashion these days in the country that you can hate people and at the same time you can progress scientifically, Congress leader Rahul Gandhi said on Thursday.

Malappuram: There is a fashion these days in the country that you can hate people and at the same time you can progress scientifically, Congress leader Rahul Gandhi said on Thursday.

"We are inaugurating here a science lab. I would like to tell you what is the essence of science and how does one start studying science. The first most important thing about science is that you have to have an open mind. Your mind cannot be closed. That means you have to listen to other people, you have to respect other people's ideas, other people's culture, religion, language," he said while speaking at the inauguration of a new block at GHSS Karuvarakundu.

"There is a fashion these days in the country, that you can hate people and at the same time you can progress scientifically. This is absolutely and complete nonsense. The only way you can truly be scientific is if you are open to other people's ideas. If you are curious, you try to understand why somebody thinks the way they do. And it is a natural thing," said the Congress leader. 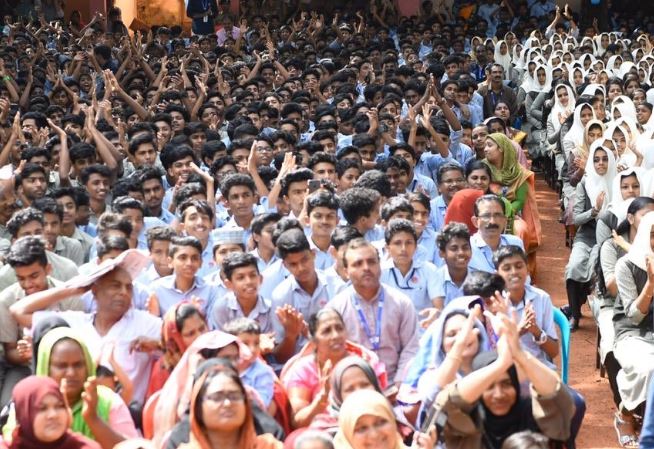 The Congress leader who was speaking in English got a translator named Safa from amongst the students who translated his speech into Malayali. Gandhi stressed that a child is always curious and trying to figure out the world around him.

"You will never find a child who is full of hatred. A child has scientific reasoning, and hatred and anger is the biggest destroyer of the scientific nature," he said.

Amid cheers from the audience, the Congress leader urged that no matter what profession they chose to be in, they should never let the scientific spirit inside them be killed by anger and hatred.

"Respect other people's views, appreciate other people and that is the foundation of science," he said. 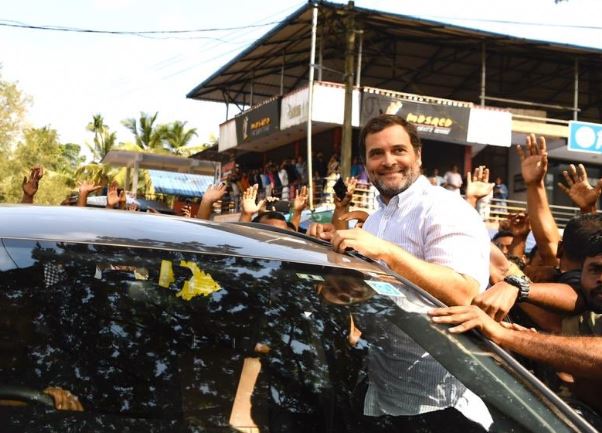 The Wayanad MP promised that despite his limited 'MPLAD' fund, he will try and help them in whatever way he can.

"We spoke about scientific nature and the heart of scientific nature is curiosity and question. In science, continuously asking the question is more important than the answer," he said while adding that there is nothing known as "stupid and foolish question."

At the end of his speech, the Congress leader shook hands with Safa and gifted her a bar of chocolate. (ANI)