Rahul Gandhi: PM has again failed in this quarter's numbers

Congress President Rahul Gandhi Saturday hit out at Prime Minister Narendra Modi over declining growth in the third quarter of this fiscal, saying the "chowkidaar" has once again failed in the numbers of the quarter.

New Delhi: Congress president Rahul Gandhi Saturday hit out at Prime Minister Narendra Modi over declining growth in the third quarter of this fiscal, saying the "chowkidaar" has once again failed in the numbers of the quarter.

Gandhi's comment came a day after his party alleged that despite "fudging" of data by the Modi government, India's economy continues to slide.

"False promises, false games. The chowkidaar has failed again in this quarter's numbers," the Congress chief said on Twitter, citing a news report that India's growth declined to 6.6 per cent in the quarter ending December 2018.

On Friday the Congress had tweeted that "as PM Modi's disastrous tenure comes to an end, despite all the fudging, the economy continues to slow."

"Less than two months to go before India sees a new dawn," the party said on its official Twitter handle. 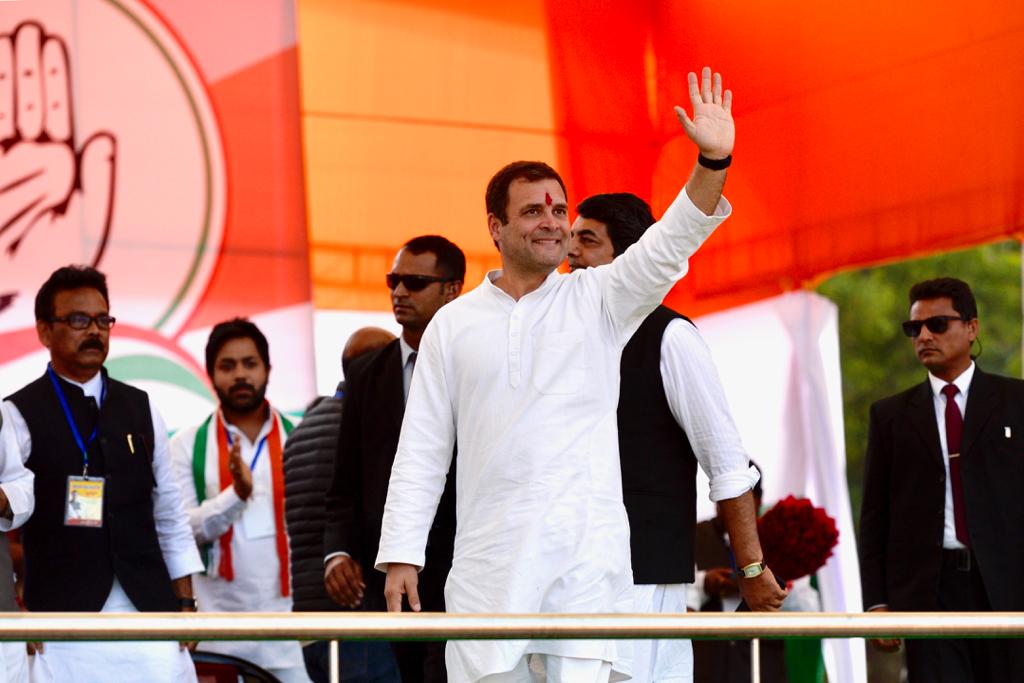 "Quarterly growth rates of 2018-19 puncture the claims of government. Q1 was 8 %, Q2 was 7 % and Q3 was 6.6 %. This is the swan song of the BJP government. If Q4 growth rate declines further, as is expected, that will expose the government completely," Chidambaram tweeted.

In signs of the Indian economy losing steam ahead of the general elections, GDP growth slowed to a five-quarter low of 6.6 per cent in October-December on the back of lower farm and manufacturing growth and weaker consumer demand, government data showed on Thursday. (PTI)

PM Modi to visit Amethi on Sunday, his first since 2014

Ananth Kumar: Congress doesn't have democracy in their genes