Arlekar who was appointed as the new Governor of the state on July 6, had expressed his happiness while stating that he is the first Goan to become the Governor of a state.

Arlekar said, "Nobody from Goa has become a Governor so far. I am happy that I am the first one. Destiny gave me this responsibility. What more can I say?"

Stating that his appointment as the Governor shows that leaders and leadership are important in the BJP, Arlekar said that it's a party that believes in its leaders, adding that the President, Prime Minister, Home Minister, and the party had faith in him.

Arlekar, who started his career as a party worker has been a two-time member of the Goa Legislative Assembly before appointed as the speaker of the state legislative assembly. He has also been the President of BJP's Goa unit. 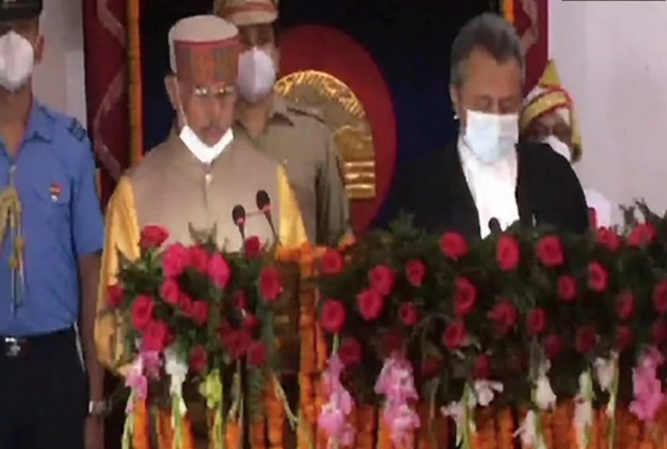 "I started as a party worker, became MLA and Goa Minister and state BJP chief. Now I'll be Governor. It shows the importance of leaders and leadership of BJP. Party leaders trusted me. President, PM, HM, BJP chief trusted me. It's a party that trusts," Arlekar had said.

Arlekar, who replace Badaru Dattatreya, is the 21st Governor of Himachal Pradesh.

He had also stated that he received a call from Prime Minister Narendra Modi followed by calls from President Ram Nath Kovind and Himachal Pradesh Chief Minister Jai Ram Thakur.

"Yesterday morning, the Prime Minister spoke to me and said that they are thinking of appointing me as the Governor of Himachal Pradesh, to which, I replied that whatever he (PM) does is right for the people. I am happy and proud to say that even the President of India today spoke to me and said that we are going to give you the responsibility of Himachal Pradesh. He had called at around 10 to 10: 30 am today morning," he had said.

"Usually, this does not happen. Due to the trust and love of the President and the Prime Minister, all this is happening (appointment as Himachal Pradesh Governor.)," added Arlekar.

Recalling his familiarity with Himachal Pradesh, Arlekar had said, "It has been a long time since I last visited Himachal Pradesh. It was very long back, when I used to be the Goa BJP president, that I went there for some party-related work. That time we took a team from here for the preparation of elections there. We had stayed there for 10-15 days. I am happy to tell you that a BJP candidate had won in the Vidhan sabha constituency where I worked. And on another visit, I had gone there for a party meeting. But I did not tour the place as a tourist." (ANI)

Roads in upper Shimla blocked due to heavy snowfall