"We have been successful in countering the challenges posed by the ISIS," Rajnath said in a press conference on the completion of three years of the Narendra Modi-led government.

New Delhi: India has the largest Muslim population in the world but ISIS had been unable to establish itself in the country, Home Minister Rajnath Singh said here today.

Singh was giving a report card of his ministry on the completion of three years of the Narendra Modi government. 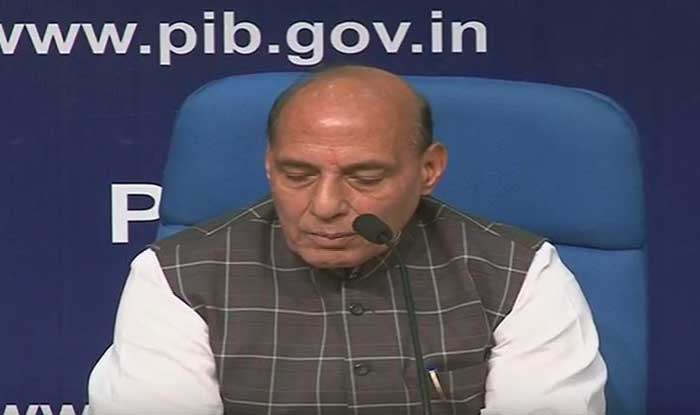 "We have strived to provide security for the nation, with full responsibility," he said at a press conference.

He said 90 ISIS sympathisers had been arrested across the country.

Singh said ISIS and Ansar Ul Ammah have been included in the list of terrorist organisations.

Singh said there was 45 per cent reduction in infiltration from Pakistan in the six months post-surgical strike at the Line of Control in September last year as compared to the corresponding period previous year.

The minister said the government would put an end to Pakistan-sponsored terrorism and ensure peace in Jammu and Kashmir.

HM Rajnath Singh: Solution to Kashmir, terrorism, naxalism will be found before 2022

Rajnath: Have to eradicate extremism, terrorism from India in next five-year