Defence Minister Rajnath Singh is likely to visit Leh next week to review the security situation in the region which shares borders with both China and Pakistan.

New Delhi: Defence Minister Rajnath Singh is likely to visit Leh next week to review the security situation in the region which shares borders with both China and Pakistan.

"The Defence Minister is likely to visit Leh in the beginning of next week where there is a plan to visit forward bases and locations," Defence sources said here.

Rajnath Singh may visit the Daulat Beg Oldie and other areas on the Line of Actual Control and may inaugurate new infrastructure projects there. 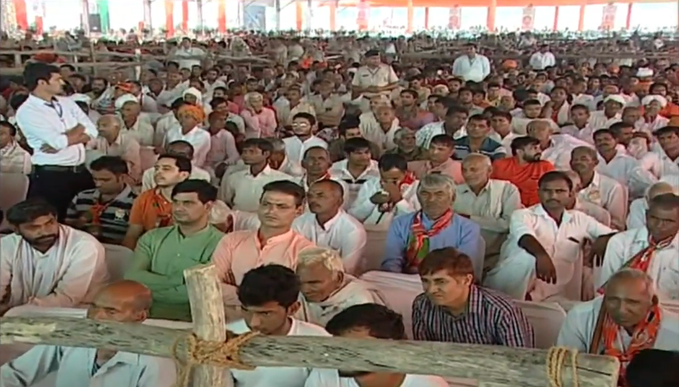 The visit is likely to take place at a time when the Indian Army carried out a major exercise codenamed 'Chang Thang' in the high altitude areas of the Ladakh region close to the China border.

During the exercise, India had deployed a large number of infantry troops along with the frontline tank regiments which have been deployed there in recent years.

An armoured brigade has been deployed on the China border a few years ago after they were flown in the Indian Air Force's American-built C-17 Globemaster heavy-lift transport aircraft there.

Rajnath Singh has been travelling extensively to defence bases to get to know the working conditions of the troops and has even flown in fighter aircraft.Ladakh, which soon will be known as a union territory, is a unique region as it shares its borders with China and Pakistan.

While on the one side is the Siachen-Kargil-Drass axis on the Pakistan front, it shares a long border with China on the eastern side.(ANI)

Rajnath Singh: Always ready to take any step for nation's unity and sovereignty