The Rajya Sabha Thursday was adjourned for the day without transacting any business following protests by Tamil Nadu parties inside the well over the Cauvery river issue.

New Delhi: The Rajya Sabha Thursday was adjourned for the day without transacting any business following protests by Tamil Nadu parties inside the well over the Cauvery river issue.

No sooner had the House paid its respects to the nine persons who laid down their lives 17 years back when terrorist attacked the Parliament House complex and the listed papers presented, members belonging to the AIADMK and DMK trooped into the well of the House shouting slogans.

Also Read: Triple Talaq Bill not to be tabled in this Rajya Sabha session

"Protect the Right of Tamil Nadu," read the placards held by protesting members. A couple of members from Andhra Pradesh too were in the well demanding special status for the state.

Chairman M Venkaiah Naidu warned that he would be forced to adjourn the proceedings for the day if members did not return to their seats and allow the House to function.

"I would like to urge members to at least allow the House today... 9 persons had laid down their lives to protect Parliament. Wrong message will go," he said.

He said discussion on all issues including on Cauvery river issue will be allowed.

"We have paid tribute to nine persons who gave their lives to protect Parliament... I don't want these scenes to be seen," he said. 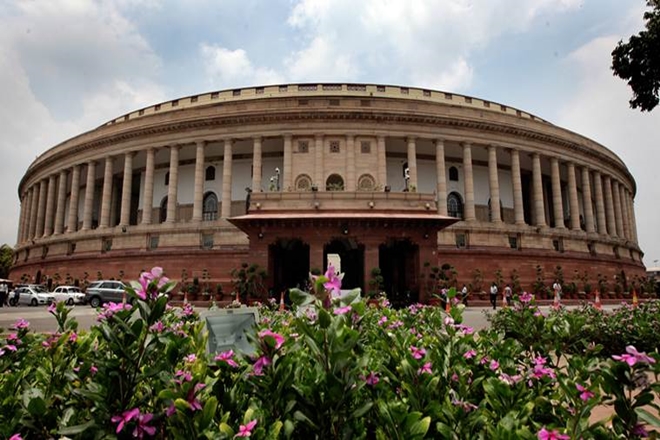 As his repeated pleas to members to allow the House to function fell on deaf years, he adjourned the proceedings till tomorrow. Earlier, when the House met for the day, Naidu mentioned that Thursday was the 17th anniversary of the dastardly terrorist attack on Parliament.

Condemning the incident, he said let us resolve to fight terrorism in all its forms.

"Let us remember the supreme sacrifice of brave hearts who laid down their lives to protect the temple of democracy," he said.

Members stood in silence as a mark of respect to those killed in the attack.(PTI)

Rajya Sabha adjourned for the day amid opposition uproar