Pakistan delivered a splendid all-round performance against India, winning the finals by massive 180 runs at the Kennington Oval to lift their maiden Champions Trophy title.

Karachi: Pakistan captain Sarfraz Ahmed believes his side's crushing victory over India in the Champions Trophy final would serve as a catalyst to bring back international cricket back home.

Pakistan delivered a splendid all-round performance against India, winning the finals by massive 180 runs at the Kennington Oval to lift their maiden Champions Trophy title.

Sarfraz said, "I think this is a great achievement for me, my team and my country. Hopefully, this win, everyone will remember not [just] today or tomorrow, but for a very long time.When we arrived here, we were ranked 8th, and now, we are the champions. So, hopefully, this win will boost Pakistan cricket and all [cricket] playing nations will come to Pakistan," the Dawn quoted Sarfraz, as saying. 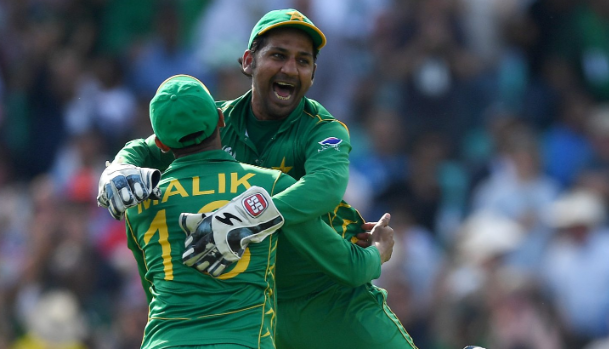 At his post-match conference, the 30-year-old also hailed his young team's efforts through the tournament.

"The credit goes to my boys; they're learning very well and they work hard.When superstars play, it is easier to guide them during a match because they don't need much guidance; they already know how to cope with high-pressure situations. But these youngsters are remarkable and highly committed," he added.

Specifically pointing out the performance of Fakhar Zaman, Shadab Khan and Hasan Ali, Sarfraz said he was quite glad with the way they performed in the tournament and guided Pakistan to victory.

"Players like Fakhar Zaman, Shadab [Khan], Hasan Ali, all these players deserve to be recognised for their performances; that they were playing their first ICC tournament and nobody expected us to perform the way we did with a young team. All the credit goes to the entire team, they all worked really hard," the Pakistan captain said.

"A lot of people had vibes that we might not be able to defeat India, that their batting is too strong for us to handle. However, our batting and bowling were up to the task today," he concluded. (ANI)