Schoolgirl attacked with acid in Bihar

A schoolgirl suffered burn injuries on Sunday after an unidentified man allegedly hurled acid at her in Bihar's Aurangabad district, police said.


Aurangabad:  A schoolgirl suffered burn injuries on Sunday after an unidentified man allegedly hurled acid at her in Bihar's Aurangabad district, police said.

The incident happened at Amba village when the girl was riding her way back home on a bicycle, after attending special classes at a private school in the village, the police said.

The man hurled acid on the girl's face and fled the scene, the DSP said. 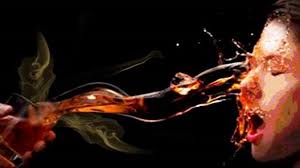 The girl, a resident of Ibrahimpur village under the jurisdiction of Amba police station, suffered burn injuries, the police officer said, adding, she was taken to Kutumba hospital.

The doctors there administered first aid to her and referred her to Sadar hospital in Aurangabad.

According to doctors, the right side of the girl's face has been affected and she is out of danger.

The victim could not identify the person who attacked her, the DSP said.

An investigation has been initiated, he added. (PTI)

Girl set ablaze after rape by boyfriend in Bihar