The second T20I match between India and Bangladesh, scheduled to be played in Gujarat's Rajkot, faces the threat of cyclonic storm MAHA.


New Delhi: The second T20I match between India and Bangladesh, scheduled to be played in Gujarat's Rajkot, faces the threat of cyclonic storm MAHA.

According to India Meteorological Department's (IMD) weather inference update on Monday, the Cyclonic Storm 'MAHA' over east-central and adjoining west-central Arabian Sea continued to move northwestwards with a speed of 10 kmph during the past six hours. 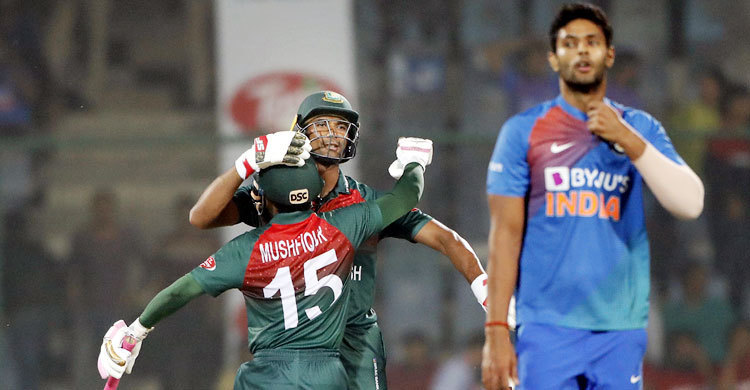 It is very likely to cross Gujarat coast between Diu and Porbandar as a cyclonic storm with a maximum sustained wind speed of 8090 kmph gusting to 100 kmph early hours of November 7, the date of the second T20I match.

The first T20I was also played under tough condition due to severe pollution in the national capital.

Bangladesh registered a massive seven-wicket victory in the match and are on 1-0 lead in the three-match series. (ANI)