A meeting of the Karnataka BJP delegation with Home Minister Amit Shah is underway here on Thursday to discuss the future course of action in Karnataka.


New Delhi: A meeting of the Karnataka BJP delegation with Home Minister Amit Shah is underway here on Thursday to discuss the future course of action in Karnataka.

Among those present at the meeting are Jagadish Shettar, Basavaraj Bommai, Arvind Limbavali, and JC Madhuswamy.

Arvind Limbavali, BJP, in Delhi: We are here to take guidance of the central leadership, for formation of the new govt what should be the strategy and action plan. We are meeting Amit Shah, JP Nadda and other leaders at 9.30 AM. #Karnataka pic.twitter.com/nwL6E0LS0p

Speaking to media before going for the meeting, senior BJP leader Aravind Limbavali said, "We are here to take guidance from the central leadership for the formation of the new government. We will discuss the strategies and an action plan."

JC Madhuswamy,BJP: They(rebel MLAs)waited for 14 months to settle their issues. Those in power weren't gracious enough to consider their requests.Their bond is spoilt. No ques of them going back to their original parties.We've confidence&we're hopeful we'll form govt. #Karnataka pic.twitter.com/LldM9GV4ZI

BJP lawmaker JC Madhuswamy refuted the possibility of rebel lawmakers joining the Congress and the JD(S) parties again and said the lawmakers had resigned as their requests were not paid heed to by the outgoing government.

"They (rebel MLAs) waited for 14 months to settle their issues. Those in power were not gracious enough to consider their requests. Their bond is spoilt. There is no question of them going back to their original parties. We are confident that we will form the government," he said. 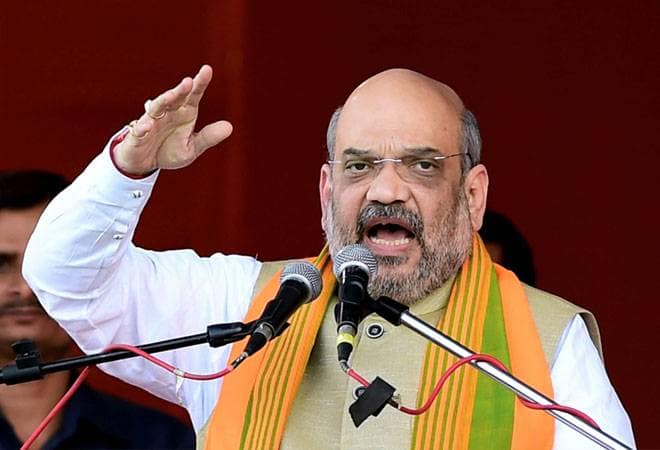 "Senior BJP leaders from the state will be meeting Amit Shah Ji. Let's see what happens," added BY Vijayendra, Karnataka State General Secretary, BJP Yuva Morcha Following the fallout of the Congress-JD(S) coalition after losing the trust vote in the Assembly on Tuesday, HD Kumaraswamy stepped down as Chief Minister and tendered his resignation to Governor Vajubhai Vala, along with his cabinet ministers.

This brought an end to the high-voltage political drama which had begun in the state with the resignation of over a dozen rebel MLAs to the Speaker.After the fall of the Kumaraswamy government, the state BJP is willing to stake claim to form the next government. The central leadership, however, has not yet taken any decision on the formation of the government. (ANI)

Yogi Adityanath: Naxalite activities are under control in Uttar Pradesh