Series of Congress rallies planned in west UP next week

Congress president Rahul Gandhi will hold a series of road shows and rallies in the first week of April in West Uttar Pradesh Sunday.

Meerut: Congress president Rahul Gandhi, along with the party's other star campaigners Navjot Singh Sidhu and Jyotiraditya Scindia, will hold a series of road shows and rallies in the first week of April in West Uttar Pradesh, AICC members said Sunday.

Speaking to Bhasha-PTI, Congress west UP co-incharge Raghav Singla said the party president would be joined by general secretary Priyanka Gandhi Vadra and MP Jyotiraditya Scindia during his April 8 rallies in Saharanpur.

Further, the party is planning to hold rallies in Meerut, Hapur, Bijnor, Ghaziabad, Moradabad and Fatehpur Sikri, though exact dates have not yet been finalised. 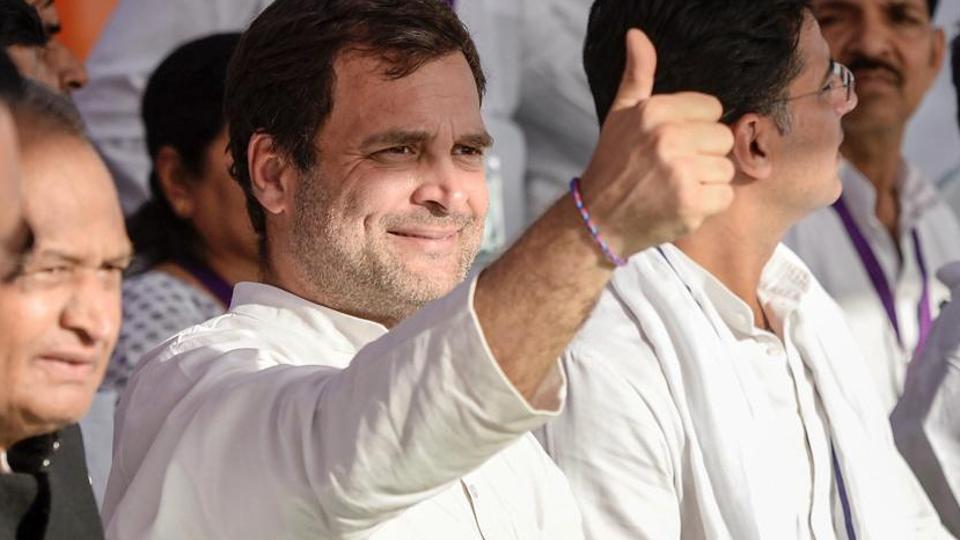 Singla said the Congress should not be taken lightly in Uttar Pradesh as the people are looking towards his party for change.

He said the Congress will win at least a dozen seats out of the total 28 in west UP.

The Congress in not looking to hold grand rallies in the state, concentrating on smaller road shows and campaigns to put its view in front of the people, Singla explained.

He said the road show routes would be decided based on maximum-possible voter out reach.

"Prime Minister Narendra Modi insulted farmers in the country. He should apologise to them," Singla said, referring to the prime minister's February 4, 2017 rally in Meerut.

Modi said he would waive the arrears of sugarcane farmers in two weeks, however that promise was not kept, Singla alleged.

He opined that the active participation of Priyanka Gandhi would help strengthen his party's position here. (PTI)