"At the request of the SIT the court has sent her to 14 days of judicial remand, she has been sent to the jail," Singh told ANI here. He also added that there might be a hearing in the court later in the day related to the anticipatory bail plea filed by the girl's lawyer.

"At around 1 pm there might be a hearing on her bail application in the court," Singh added.

Shahjahanpur: The law student, who had accused Swami Chinmayanand for sexually harassing her, being brought to District Jail after a local court sent her to 14-day judicial custody for allegedly trying to extort money from him. pic.twitter.com/lq8xW85OrU

Earlier today, the Director-General of Police (DGP) OP Singh had informed about the girl's arrest by the SIT.

"The law student, who had accused Swami Chinmayanand of sexually harassing her, has been arrested by the SIT for allegedly trying to extort money from him," Singh told reporters here. Last week, Chinmayanand was arrested by Uttar Pradesh police which charged him with an offense of not amounting to rape, stalking and criminal intimidation. The Special Investigation Team (SIT) headed by IG Naveen Arora also arrested three friends of the woman on charges of trying to extort Rs 5 crore from Chinmayanand, criminal intimidation, causing the disappearance of evidence and sending offensive messages to him.

While Chinmayanand accepted "all evidences" that have come up against him, the three friends of the woman - Sanjay Singh, Vikram, Sachin--have accepted demanding the money from Chinmayanand, Arora told reporters.

Chinmayanand, who was the minister of state for home in the Vajpayee government and ran a college in Shahjahanpur where the girl was a student, was produced before a local court which remanded him to 14-days judicial custody. 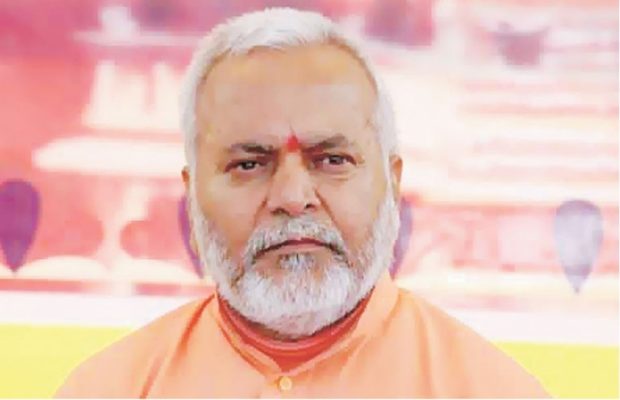 "Angiography was done and no significant blockage was found and angioplasty was not required," Agarwal said.

According to the head of the department, Chinmayanand will be stabilized with medicines and then his discharge will be planned in due course of time.(ANI)

Shahjahanpur rape case: Swami Chinmayanand to be produced before court through video conferencing

UP: Three detained on gang-rape charge