Ministry of Railways on Monday announced that Shramik special trains will now have up to three stoppages -- excluding the terminating station -- in the destination state.

New Delhi: Ministry of Railways on Monday announced that Shramik special trains will now have up to three stoppages -- excluding the terminating station -- in the destination state.

The Ministry has issued modified guidelines on the movement of stranded persons by Shramik special trains.In a letter to General Manager/Indian Railways and Chief Secretaries of all States and UTs, Ministry of Railways informed about the modified guidelines, "Up to three stoppages -- excluding the terminating station -- may be provided in the destination state on the request of state government authorities and the train capacity should be equal to the number of sleeper berths on the train. 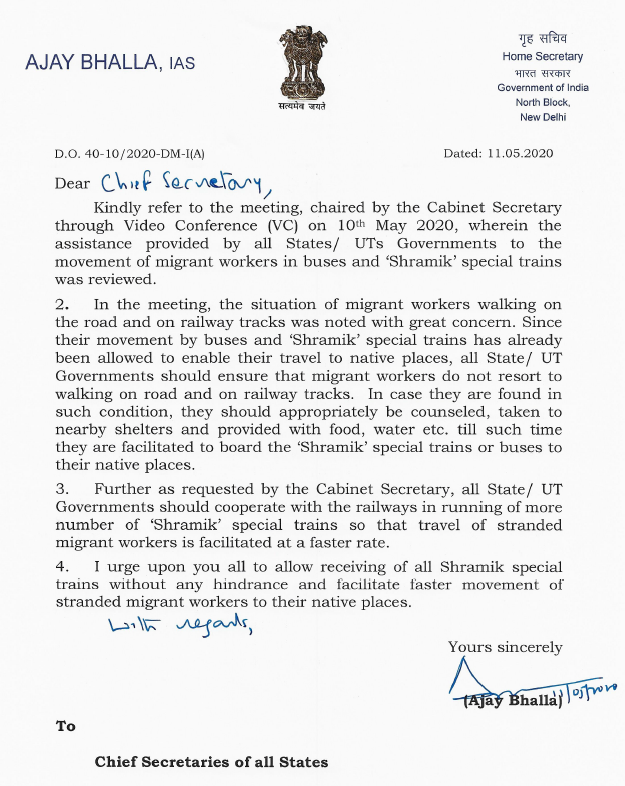 "Earlier, Union Home Secretary Ajay Bhalla wrote to Chief Secretaries of all states and Union territories (UTs) urging them to allow receiving of all Shramik special trains without any hindrance and facilitate faster movement of stranded migrant workers to their native places. He also requested states to cooperate with Indian Railways in running more 'Shramik' special trains.

Ministry of Home Affairs (MHA) had granted permission for movement of stranded citizens including migrants labourers, workers, students, tourists to return to their native towns.

The special trains are being run to transport migrant workers, pilgrims, tourists, students and other persons stranded at different places in the country due to lockdown.

The countrywide COVID-19 lockdown, which was scheduled to end on May 3, has been extended till May 17. (ANI)

Six vultures feeding by rail track run over by train