Six-month baby among five killed in fire in Lucknow

Five members of a family, including a six-month girl child, were charred to death as fire engulfed a godown in Indira Nagar area here


Lucknow: Five members of a family, including a six-month girl child, were charred to death as fire engulfed a godown in Indira Nagar area here.

Lucknow: 5 members of a family died last night after a fire broke out at their residence due to short circuit and spread to a gas-stove godown built there, in Mayawati Colony of Indira Nagar. pic.twitter.com/ln11xxj1Zz

Police sources on Wednesday said the incident occurred in the Mayawati colony when the house of T N Singh caught fire after short circuit in a godown. 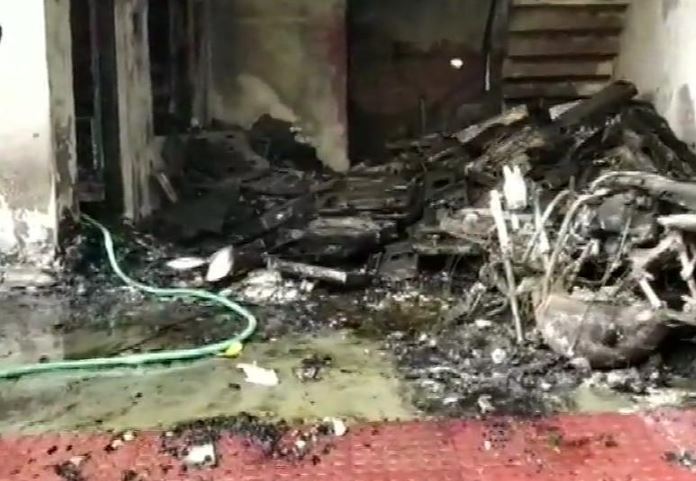 The family used to stay on the first floor of the house while godown was situated in the ground floor. The information of fire was received by the fire brigade at 0300 hours and 22 tenders rushed to douse the fire.

The deceased have been identified as Sumit Singh ( 31), his wife Vandana and their six-month-old daughter. The other deceased were Julie Singh (48) and Doublu Singh (50). Police was investigating the incident.(UNI)

Lucknow: Software engineer dies after jumping off from apartment building

Voting for first-phase of local body election underway in UP