As many as six Indian Army personnel and one civilian have died after a building collapsed in Kumarhatti in the Solan district of Himachal Pradesh on Sunday.


Solan:  As many as six Indian Army personnel and one civilian have died after a building collapsed in Kumarhatti in the Solan district of Himachal Pradesh on Sunday.

Authorities said that rescue operations, including National Disaster Response Force (NDRF) teams, are underway and likely to be completed by Monday afternoon. Deputy Commissioner of Solan KC Chaman told ANI:  "Till now we have retrieved dead bodies of six army men and one civilian. 17 jawans have been while 7 are feared still trapped inside the debris. We have also rescued 11 civilians," he said.

Chief Minister Jai Ram Thakur visited the building collapse site said it was a very "unfortunate" incident and has ordered an investigation into it. 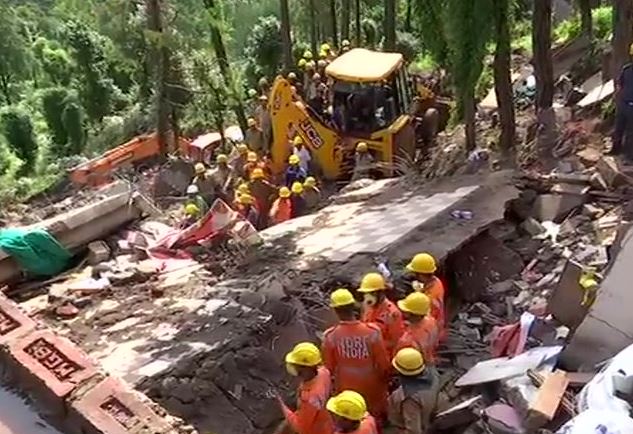 "It is very unfortunate. Rescue operation was started immediately. Orders have been given to investigate the cause of the collapse. As per information received till now, the building structure was not as per specifications."

"It is a very sad incident. 30 jawans and 12 civilians were trapped when the building collapsed. Seven people are still trapped. We started the rescue operation with the help of district administration as soon as possible. We also moved a team of NDRF personnel for the relief work."

Solan Deputy Commissioner said that debris is being uncovered and details of more casualties or people trapped under the debris can be known only after that. "We can complete the rescue operation by afternoon today. We have given interim monetary relief to grievously injured, casualties and minor," the Deputy Commissioner added. 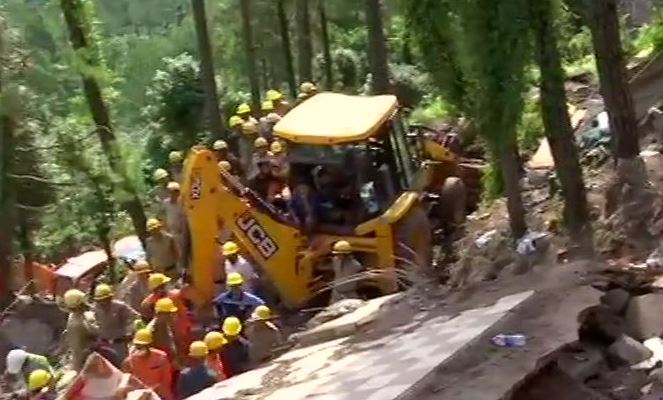 Himachal Chief Minister said, "I had ordered to send my official chopper to go to Suni and bring the equipment necessary for relief work. This time our priority is the rescue operation. I have given an order for an investigation into the incident."

"The information I have till now is that the structure of the building was not as per the specifications but we can only say anything officially after the investigation is over," he said. The building, located in Kumarhatti, collapsed on Sunday following heavy rain in the region. (ANI)

PM Modi urges investors to invest in Himachal, says it fulfills every requirement for business