It's only a matter of time before new disease-resistant apple cultivars overtake favorites like Honeycrisp in popularity. Apples are attacked by all sorts of pests, but apple scab, a fungus, is particularly nasty.

Washington: It's only a matter of time before new disease-resistant apple cultivars overtake favorites like Honeycrisp in popularity, according to a recent study.

"I know everyone wants Honeycrisp, but they're notoriously hard to grow. There are so many issues in producing the fruit: the tree might produce a lot one year, but none the next; the fruit doesn't keep well and is susceptible to disease," said Mosbah Kushad from the University of Illinois. 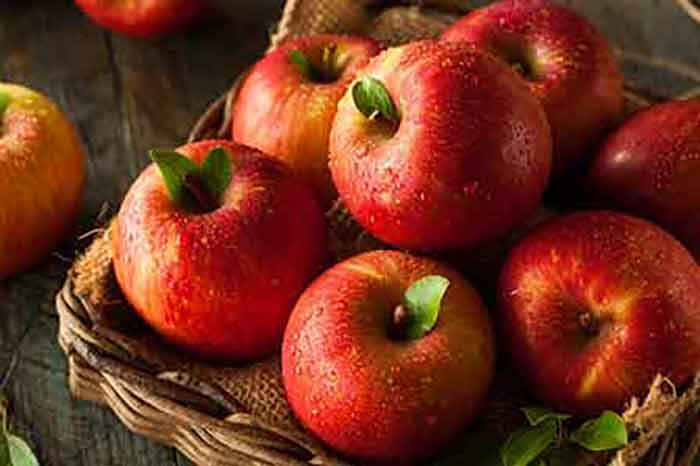 Apples are attacked by all sorts of pests, but apple scab, a fungus, is particularly nasty. It can cause yield losses up to 80 percent. For traditional apple cultivars and many newer ones, including Honeycrisp, combating apple scab and other diseases means applying multiple pesticides several times throughout the growing season.

Also Read: Fighting with diabetes? Staying active is what you need

Fortunately, after the gene for scab resistance was discovered by a U of I scientist in 1944, a number of resistant cultivars have been developed. Kushad says the early cultivars weren't particularly good, but more recent ones show a lot of promise.

"WineCrisp, for example, is a very attractive and flavorful apple," he noted. "It's not very large, but who wants to buy an apple that weighs a pound?"

A new wave of scab-resistant apples has been developed and tested as part of a cooperative breeding program through U of I, Rutgers University, and Purdue University. So far, several cultivars have proven to be as nutritious or even better for you than older types, but until now, it wasn't clear whether their quality held up over time.

In a new article, Kushad and several collaborators looked at whether scab-resistant GoldRush, WineCrisp, CrimsonCrisp, and Pixie Crunch retained their quality under standard post-harvest storage practices, and compared their performance to scab-susceptible Golden Delicious.

The researchers exposed the apples to 1-methylcyclopropene (1-MCP), a gas now commonly used in the industry to inhibit ethylene production and slow ripening of stored fruit. "1-MCP could be the best invention for the fruit industry since apples were discovered," Kushad says. Aspects of nutritional quality and commercial viability were tested in the fruits after 70 and 140 days of storage. 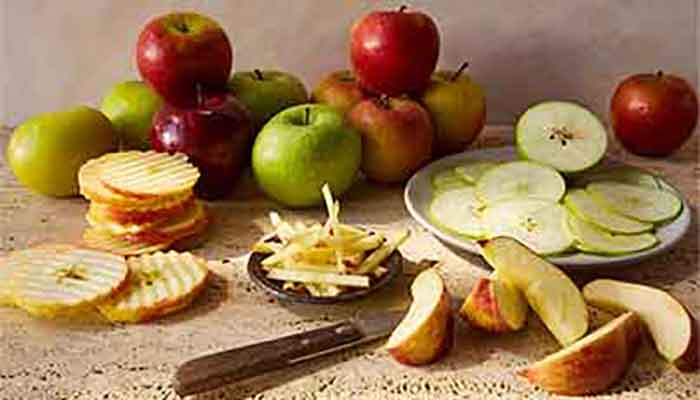 In general, the eating quality - flesh firmness, sugar content, and acidity - of the scab-resistant cultivars was as good or better than Golden Delicious, before and after storage. And two of the scab-resistant cultivars, GoldRush and CrimsonCrisp, had significantly more antioxidant capacity, even after 140 days. The cultivars varied in their responsiveness to 1-MCP, with CrimsonCrisp showing the most promise for long-term storage using the product.

"What the article is saying is that the quality of the scab-resistant cultivars is very comparable to standard varieties. In terms of nutrition, health benefit, aesthetic, and taste, these apples are competing very well. As an alternative to scab-susceptible types, they will be very attractive, especially for organic growers," Kushad says.

And although you may not see WineCrisp on the grocery store shelves yet, Kushad pointed out that it and the other cultivars can be found in some local farmer's markets and orchards. "You'll see them in the smaller places first, but as volume builds in the top apple-growing states, they'll start showing up in the big grocery stores. I have no doubt."  (ANI)

Apple to begin making iPhones in India by April-End

Apple: 50 per cent of all iPhones are running iOS 13