Argentine striker Lionel Messi has confirmed that he along with his Barcelona team-mates will be taking pay cuts up to 70 per cent in order to reduce losses for the club during the coronavirus crisis.

Leeds: Argentine striker Lionel Messi has confirmed that he along with his Barcelona team-mates will be taking pay cuts up to 70 per cent in order to reduce losses for the club during the coronavirus crisis.
Spanish football competition, La Liga has been suspended since March 12 following coronavirus outbreak. The tournament still stands indefinitely suspended and it is not known as to when the La Liga will resume, Goal.com reported
Messi released a statement on Instagram in Spanish, which translates into: "We fully understand that this is an exceptional situation and we are always the first ones to help the club when asked."
"Apart from the reduction of 70 per cent from our salary, we will also make contributions so that club employees can collect 100 per cent of their salary while this situation lasts," he added. 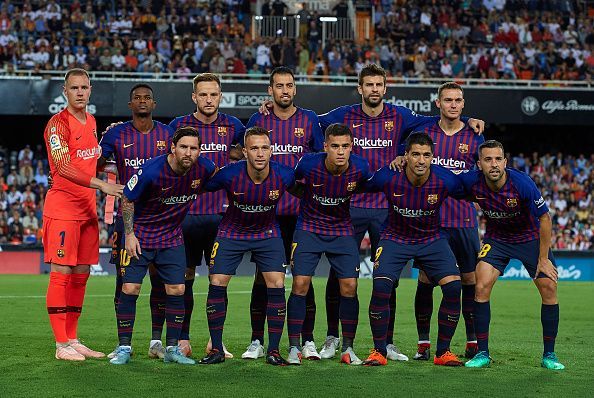 In the statement, Messi also went on to say that there were some people within the club who were pressurising the players to opt for a pay cut.
"It does not surprise us that from within the club there were those who tried to put us under pressure to do something we always knew we would do," Messi said.
"The agreement has been delayed for a few days because we were looking for a formula to help the club and its workers during these difficult times," he added.
The Barcelona board and players across the club's other professional sports teams, including most of the basketball team, have also agreed to opt for salary reductions for the duration of Spain's state of emergency, the club said in a statement.
Before La Liga's suspension, Barcelona was placed at the first spot with 58 points from 27 matches. (ANI)