"My focus is definitely on next year's 50-overs World Cup and for that, I want to play as many matches as possible for India and do well in them. Read more on Dynamite News:

New Delhi: Indian opener Shikhar Dhawan has said that his focus is on the upcoming ODI Cricket World Cup in 2023 and he wants to feature in as many matches as he can leading to the marquee cricketing event.

"My focus is definitely on next year's 50-overs World Cup and for that, I want to play as many matches as possible for India and do well in them.

Also Read: Shikhar Dhawan wants to keep everyone 'together, happy' during SL tour

In between, there is the IPL as well, so I will try to continue to perform there and look to play the domestic one-day and T20 matches and keep myself match-fit and ready," said Dhawan in an interview with Indian media.

The stylish southpaw from Delhi, a consistent performer for India in ICC events in the past, said that he enjoys playing in such global events. 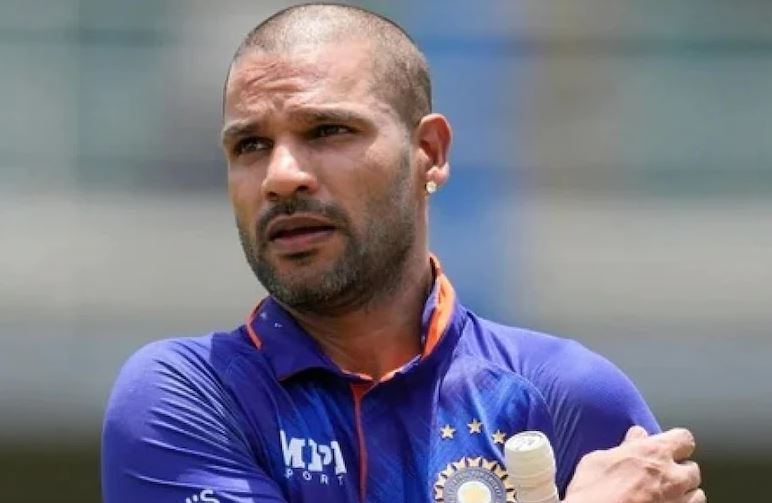 "I love playing in ICC tournaments. There is always a different feeling and satisfaction and I have had some very good tournaments in the past. I prepare and approach every tournament exactly the same way," said Dhawan.

"Every time I wear the Indian jersey, pressure is always there and the thing is, as an experienced player, I know how to handle pressure. The buzz definitely helps, because it adds motivation to my game. I do not get over-awed by the moment, because my focus, process, and preparation is the same for any tournament I am playing in," he added.

Dhawan recently led Team India in a 3-0 series win over West Indies in ODIs. He will be KL Rahul's deputy in upcoming ODIs against Zimbabwe, which will start from August 18.

He says that his approach to captaincy is being "cool and aggressive".

"Captaining India is always an honour. My approach to captaincy is to be cool and aggressive - aggressive from the inside, and cool on the outside.

I want my team to enjoy themselves on the field, but maintain the intensity during the game and to enjoy playing for Team India. I enjoy mentoring the young boys and passing on knowledge and that continues to bring out the leadership qualities in me," he said. (ANI)

Was a bit sad but moved on: Shikhar Dhawan on Test omission