Agra:  A massive greening drive is to be launched soon to curb environmental pollution in the eco-sensitive Taj Trapezium Zone of Agra spread over 10,400 sq km, said officials Friday.  Alarmed at the sharp pace of denudation due to the large-scale construction and expansion of infrastructural facilities, the Uttar Pradesh government has announced a target of planting 22 crore saplings by the end of August, said Forest Department officials.  Agra's green cover is just around 6.5 per cent while UP's share has come down to 19.5 per cent against the national goal of 33 percent, they pointed out.

Accordingly, against the last year's target of planting 9 crore saplings, the state government has planned to 22 crore this year, they added. Agra's target has been fixed at planting 28.57 lakh saplings, they said. Out of the 28.57 saplings, the UP Forest Department alone will plant 8.60 lakh saplings while other departments will plant 19.9 lakh. All government departments are presently busy identifying sites for planting saplings, they said, adding they are also looking for partners in the greening venture. In a bid to give impetus to the drive, the government has roped in village panchayats too, besides around two crore beneficiaries of various government schemes in rural areas, said officials. 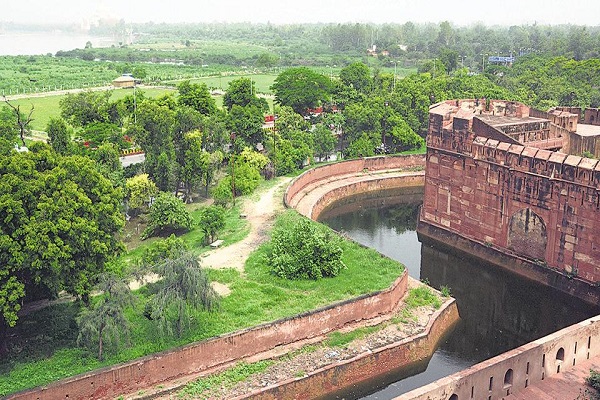 Each beneficiary is expected to plant 10 saplings, they added. But many environmental activists expressed scepticism over the government's ambitious plan. They wonder if enough land is available in Agra to plant as many saplings and if the government would ensure enough care to nurture them. Last year saplings were hastily and haphazardly planted. The result was most failed to survive as there was neither follow up nor proper care, recalled Shravan Kumar Singh, a green activist.  The government officials, however, sounded upbeat on the greening campaign.This year, a large number of saplings are to be planted along the Yamuna river bank in Agra, they said, adding sapling distribution will begin from Monday.

"The whole exercise is likely to be completed by August end. Geo-tagging and monitoring by independent observers will ensure transparency in the campaign," said officials.The district authorities this year will be experimenting with planting saplings along the Yamuna river bank on lines of plantation in Mathura district, they said, adding the Yamuna Mission has successfully greened several kilometers along Yamuna using drain water.(PTI)

Who's in-charge of Taj Mahal, SC questions UP govt