Upping the ante amid polling in the state, RJD leader Tejashwi Yadav said Prime Minister Narendra Modi should visit farmers instead of attending weddings of celebrities in the country.

Patna: Upping the ante amid polling in the state, RJD leader Tejashwi Yadav said Prime Minister Narendra Modi should visit farmers instead of attending weddings of celebrities in the country.

"Prime Minister Modi should visit farmers instead of attending marriages of celebrities like Priyanka Chopra," Tejashwi said while speaking to media persons here.

He further mentioned that Modi does not deserve to be a prime minister of the country as he has "failed to maintain the dignity of the post." 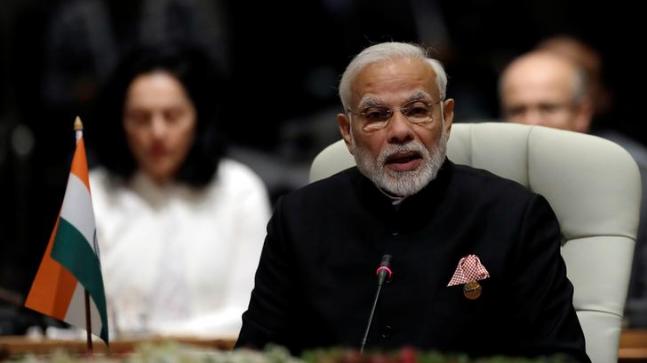 Tejashwi also alleged that the Prime Minister was busy abusing his family. "I would like to tell Prime Minister Modi that we have a lot of expectations from you and you must talk something useful. You must talk about real issues like special packages for Bihar, unemployment, farmers' woes, and poverty. But I am disappointed that he is busy abusing our family."The RJD leader further said people are confined to their homes as no one goes out in the rule of a double-engine government. "Has the Prime Minister forgotten about the Muzaffarnagar shelter case? Most of the rape cases in the country were reported during the rule of his government. I think I need to send him facts," he added.

Last month, Tejashwi had claimed that he was not allowed to meet his father Lalu Prasad, and alleged that there was a "political conspiracy" behind it. "This is a political conspiracy. This all has been done on the feedback of Sushil Modi and Nitish Kumar, and on the instructions of Narendra Modi. Have you seen anything like this anywhere?" Tejashwi had asked.

Polling in Bihar, where 40 Lok Sabha seats are at stake, is being held in all seven phases, starting April 11. Patna will go to polls on May 19, and results for the seven-phase electoral exercise will be announced on May 23.(ANI)

BJP attacks Tejashwi over his tweets against Modi