An intense battle of ballots, round two, is on the cards in Amethi, when Congress president Rahul Gandhi would take on Union textile minister Smriti Irani in the 2019 Lok Sabha polls, in the changed scenario than 2014.

Amethi: An intense battle of ballots, round two, is on the cards in Amethi, when Congress president Rahul Gandhi would take on Union textile minister Smriti Irani in the 2019 Lok Sabha polls, in the changed scenario than 2014.

Irani had unsuccessfully contested against Gandhi in the 2014 Lok Sabha elections and had lost by around one lakh votes, but was seen to have put up a spirited fight. The Congress has earlier announced the candidature of Gandhi from Amethi.

Just after her name was announced as a candidate from Amethi,  Irani said on Friday that the “writing is on the wall for Rahul Gandhi”.

Dubbing the fight 'one between a Kaamdar and Naamdar,' she claimed that while Rahul Gandhi never found the time to address the key issues of the people of Amethi, she had given most of her time to the people there in the last five years. She said she will go to the constituency soon to begin her campaign. 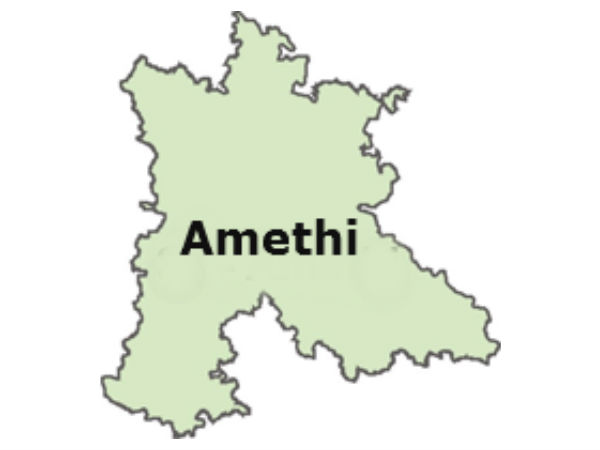 Gandhi, in turn, has blamed the ruling BJP government at the centre and state for taking away the big projects that he had lined up for Amethi.

With the SP and BSP combine deciding not to contest from the Congress stronghold, this election will see a direct contest between Gandhi and Irani.

The Union Minister said the “walkover” by the two regional parties spoke volumes about the position of Congress in Amethi.

UP CM Yogi Adityanath had repeatedly said that this election BJP will win Amethi and Azamgarh seat too. In 2014, Amethi was won by Congress and Azamgarh by Mulayam Singh Yadav of Samajwadi Party.

While on her recent visit to Amethi in the month of February,  Irani had hit out at the Congress alleging that the 'naamdars' (dynasts) who ruled for over five decades, never thought about the development of Amethi.

“The MP from Amethi never raised the problems of its people in Parliament. People like these have only duped the poor and people of Amethi, on whose votes he has reached Parliament," she said. (UNI)