The incident appears to be a deliberate act by the truck driver.


Toronto: The death toll in the incident of Toronto truck collision has risen to ten as the number of people injured is reported to be 15.

Further, the accused driver, identified as Alek Minassian (25) a resident of Richmond Hill, Ontario has been taken into custody, as reported by the CNN.

As per Toronto Police Chief Mark Saunders, the incident appears to be a deliberate act by the truck driver.

"It's very clear just from a general perspective to say that the actions definitely look deliberate", Saunders told CNN. 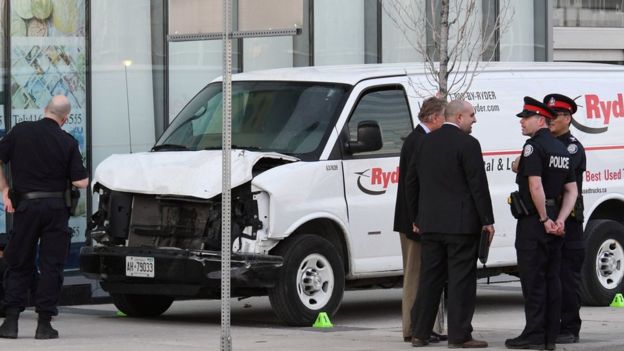 The police had received calls around 1:27 p.m. (local time) that a vehicle was driving on Yonge Street, and was striking pedestrians.

Ten of the injured people were transported to Sunnybrook Health Sciences Centre while two were declared as brought dead.

Earlier on Tuesday, Canada Prime Minister Justin Trudeau expressed his condolences on the death of the victims. (ANI)