Two Muslim women from Hyderabad were divorced over WhatsApp and e-mail by their husbands, who live in the United States.


Hyderabad: Two Muslim women from Hyderabad were divorced over WhatsApp and e-mail by their husbands, who live in the United States.

The two ladies, Syeda Hina Fatima and Mehreen Noor, who were married to two brothers have registered a police complaint against their in-laws who reportedly threw them out of the house. The sisters, who have not received any documents, say this is not valid under the Islamic law.

"My husband put 'Talaq Talaq Talaq' as his WhatsApp display picture and messaged same saying everything is finished. He said this is how it is done these days. How can it be done on WhatsApp? The notice came to my house, but I rejected," Mehreen Noor told reporter.

Mehreen Noor got married to Usman Qureshi, a senior analyst at Seven Heaven Medical Agency, in 2015. Her sister-in-law Heena Fatima, who is married to Usman's elder brother Syed Fayazuddin, was divorced in a similar manner six months ago. 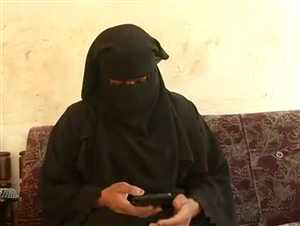 "I am pregnant and he gave me divorce which is not possible because one cannot give divorce to a pregnant woman," Fatima said.

Fatima lodged a complaint against her husband Fayazuddin and his parents six months back after he sent her divorce papers from the US.

Several women have filed a petition before the Supreme Court seeking the quashing of the triple talaq practice.

The Centre has also told the top court that it is against gender injustice.

However, the All India Muslim Personal Law Board has defended the practice, saying it is better to divorce a woman than kill her.

"The rights bestowed by religion can't be questioned in a court of law," it said. (ANI)

Hyderabad woman trafficked to Dubai thanks Sushma Swaraj for rescuing her

'US, N Korea yet to narrow differences on denuclearisation'