Karachi : Middle-order Pakistani batsman Umar Akmal, who has been out of the Test side for the past six years, still feels he can make a comeback to the national side in the longest format of the game.

Akmal, who made his Test debut in 2009, has played only 16 games with a batting average of 35.82 and one century. Owing to his inability to score big, Misbah-ul-Haq dropped him from the squad in September 2011, and since then he has been unable to win over selectors.

"I still wonder what I did wrong and where I went wrong to be dropped from Test side. They only dropped me saying that I am not suitable for Test cricket because I don't hold back, which is required in Tests." - Umar Akmal

The 26-year-old, however, feels that with approach to playing Test cricket changing in the recent past, his batting style is perfect and he deserves another chance. 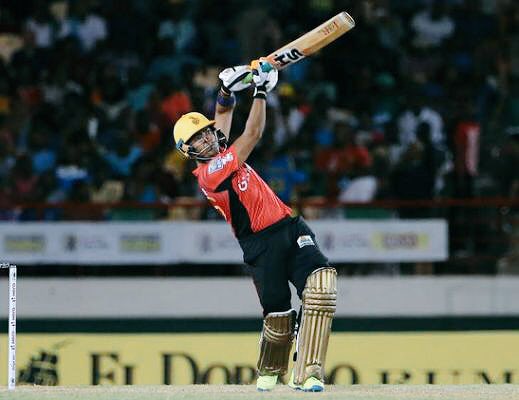 "But the approach to playing Test cricket has changed over the years. Now teams score 350 or so in one day and matches hardly go into fifth day. I was playing the very same brand of cricket, which was actually evolving at that time, but I was dropped because I play fast and not the conventional way. Was that my mistake?"

Umar, the right-handed batsman believes the criticism is harsh on him as he often comes to play when the situation requires him to score quick runs rather than build an innings. Pointing out the position at which he comes to bat, Akmal said that his critic don't realise that the number he bats at is critical and there is the burden of extra responsibility.

Recently, the right-hander, however, achieved an unwanted record for the most number of ducks in T20 cricket.  The 26-year-old was caught on slips by Mohammad Hafeez of young pacer Hassan Ali's delivery without opening his account, during the Pakistan Super League (PSL) tie between Lahore Qalandars and Peshawar Zalmi in Dubai on Sunday.

Akmal now has 24 ducks under his belt, surpassing South Africa's Herschelle Gibbs, Sri Lanka's Tillakaratne Dilshan, and West Indies' Dwayne Smith, who are all tied on 23. (With ANI Inputs)

No one except Dhoni messaged me after I quit Test captaincy: Virat Kohli

Asia Cup 2022: Team India sweats it out in nets ahead of Pakistan clash

Asia Cup: India to take on Pakistan on September 19