Later, Adityanath participated in the birth anniversary celebrations of the Dalit icon at Ambedkar Mahasabha here, where he was honoured with the title of 'Dalit Mitra'. 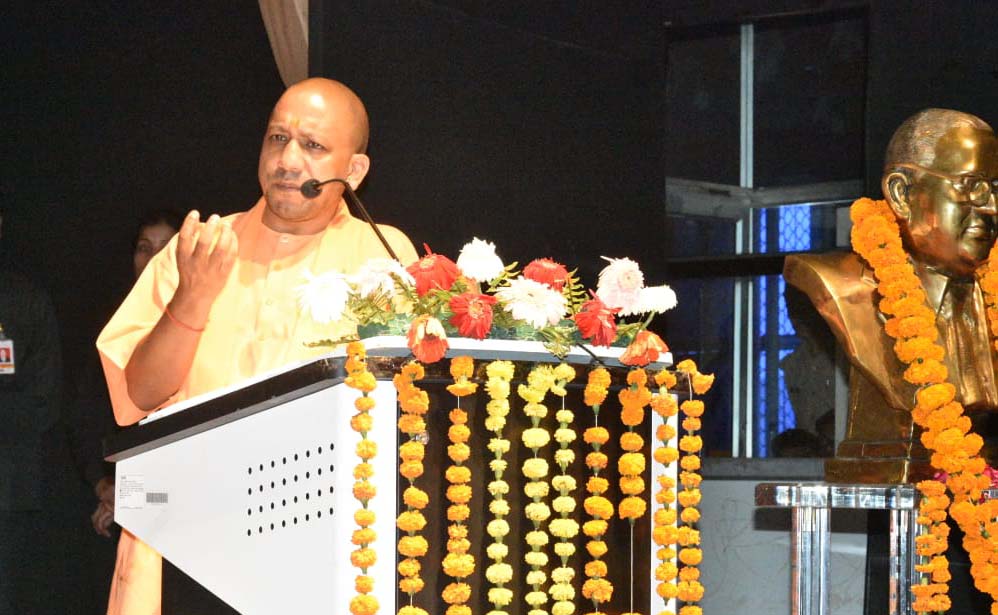 Addressing the public, Adityanath said, "The BJP government, under the leadership of Prime Minister Narendra Modi, has worked tirelessly for the emancipation and upliftment of Dalits by construction of more than 40 lakh toilets in the rural areas."

In a tweet, Adityanath said, "Babasaheb has made a number of provisions in the Constitution of India to remove social disparities and provide social justice to the oppressed sections of the society...Every citizen of India will always remain obliged towards the contribution of Babasaheb."

"Babasaheb struggled throughout his life for the rights of Dalits and oppressed sections of the society," he added.

The state government has organised several programmes to mark the day amid tight security to prevent any possible attempt at inciting violence, as several political parties have drawn up separate plans for the occasion.

Districts magistrates and superintendents of police have been asked to ensure peace and check any violence in their respective areas of jurisdiction, an official spokesperson said here.

District authorities have been directed by the home department to intensify patrolling to ensure that no loss of life and property takes place and clamp prohibitory orders wherever necessary, he said. (PTI)

SP members walk out of UP Legislative Council