U.S. and China will meet in September, Trump says, but tariff hikes remain

Trade teams from China and the United States continue to talk and will meet in September, but tariff increases on Chinese goods set to go in place on Sunday will not be delayed, President Donald Trump said on Friday


WASHINGTON: Trade teams from China and the United States continue to talk and will meet in September, but tariff increases on Chinese goods set to go in place on Sunday will not be delayed, President Donald Trump said on Friday.

The U.S. president, who has alternated between expressing optimism about a trade deal and criticism of China for its economic policies, also said he thought the trade talks had led Beijing to be more restrained in its response to demonstrations in Hong Kong.

A tit-for-tat tariff war between the world’s two largest economies now involves hundreds of billions of dollars of each country’s goods and threatens global economic growth. Uncertainty about when or how the dispute could end has roiled markets and complicated corporations’ long-term investment plans.

“We’re going to win the fight,” Trump told reporters. “We’re having conversations with China, meetings are scheduled, calls are being made. I guess the meeting in September continues to be on, it hasn’t been canceled,” he said.

The White House has not announced a date for that meeting. Tariffs kick in on an additional $125 billion in Chinese goods over the weekend, and Trump said that had not been changed despite more conciliatory language between the two sides in recent days.

“They’re on,” Trump said of the tariffs. Both sides are maintaining effective communication, China’s Foreign Ministry said earlier on Friday. The United States will begin collecting a 15% tariff on an estimated $125 billion of Chinese goods at 12:01 a.m. EDT (0401 GMT) on Sunday, including smartwatches, flat panel televisions and footwear.

There will be no grace period on those tariffs for goods in transit, the U.S. Customs and Border Protection agency said on Friday. Tariffs have been imposed on $250 billion of Chinese products so far since the trade war began in 2018, and U.S. trade groups and manufacturers have criticized the policies for hurting profits. 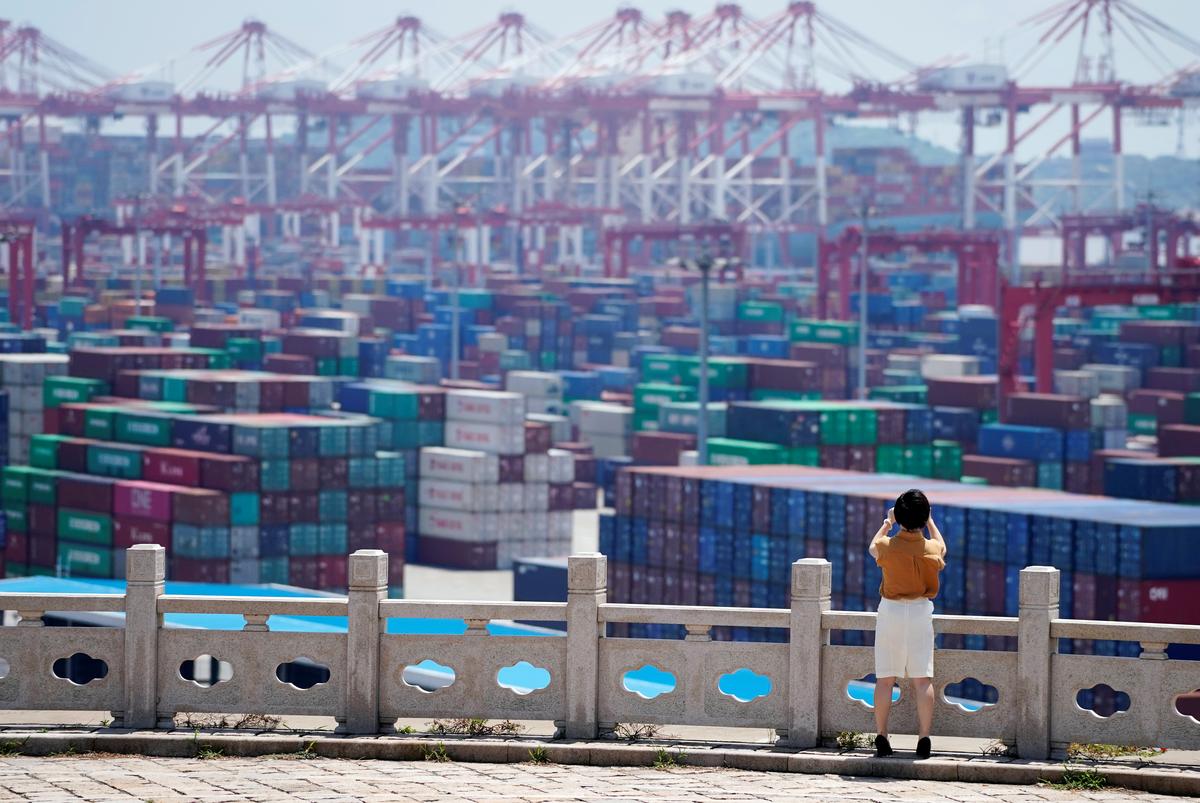 Trump earlier on Friday denied that the tariffs were affecting the U.S. economy. “We don’t have a Tariff problem (we are reigning in bad and/or unfair players), we have a Fed problem. They don’t have a clue!” the Republican president, seeking re-election in 2020, wrote in a Twitter post.

Trump has criticized the U.S. Federal Reserve and its leadership for not lowering interest rates further to stimulate the economy. Asked on Friday if he wanted negative interest rates, he said no. Trump said General Motors Co (GM.N) should begin moving its operations in China, where it started joint ventures in 1997, back to the United States.

“General Motors, which was once the Giant of Detroit, is now one of the smallest auto manufacturers there. They moved major plants to China, BEFORE I CAME INTO OFFICE,” Trump tweeted. “This was done despite the saving help given them by the USA. Now they should start moving back to America again?” Bilateral trade talks could be complicated by Beijing’s response to widespread protests in Hong Kong. Trump has tied the two together before, saying earlier this month he believed Chinese President Xi Jinping wanted a trade deal, but that Xi should “quickly and humanely solve the Hong Kong problem.”

Trump said on Friday evening that he thought Beijing’s response to Hong Kong protests would be more violent if it were not for the trade talks. “China really wants to make a deal,” he said, and that’s “keeping down the temperature in Hong Kong.”

Asked if he plans to speak to Xi, Trump demurred. “That I can’t tell you, but we are speaking to China, But I can’t tell you whether or not it’s going to be President Xi,” Trump said. (Reuters)

Trump hopes 'China and Hong Kong can work things out'