The House of Representatives on Wednesday voted 354-60 to pass a resolution opposing President Donald Trump's decision to pull US troops out of northeastern Syria amid ongoing military operation by Turkey.


Washington DC: The House of Representatives on Wednesday voted 354-60 to pass a resolution opposing President Donald Trump's decision to pull US troops out of northeastern Syria amid ongoing military operation by Turkey.

The resolution states that "an abrupt withdrawal of United States military personnel from certain parts of Northeast Syria is beneficial to adversaries of the United States government, including Syria, Iran, and Russia", adding that the Congress "opposes the decision to end certain United States efforts to prevent Turkish military operations against Syrian Kurdish forces in Northeast Syria," reported CNN.

The resolution received bipartisan support in the House, and was sponsored by House Foreign Affairs Chairman Eliot Engel and the committee's top Republican, Michael McCaul of Texas.

The resolution calls on the US "to continue supporting Syrian Kurdish communities through humanitarian support, including to those displaced or otherwise affected by ongoing violence in Syria." It also calls on the Turkish President Recep Tayyip Erdogan "to immediately cease unilateral military action in Northeast Syria." 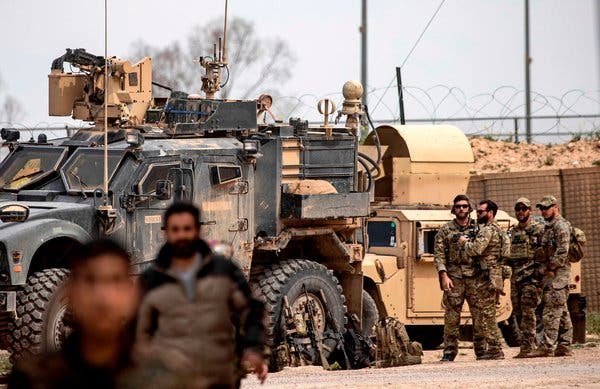 Furthermore, it calls for the White House to "present a clear and specific plan for the enduring defeat of ISIS" and for the US "to work to ensure that the Turkish military acts with restraint and respects existing agreements relating to Syria."

Trump's move to withdraw troops cleared the way for a Turkish military incursion into a northern Syria border area aimed at rooting out the Kurdish forces that had been the key American-allied ground force helping to wrest territory from the Islamic State.

Also Read: Donald Trump authorises US Treasury, State Dept to sanction those involved in actions that deteriorate stability in Syria

The US President has been criticised for the move, with even Republican lawmakers harshly denouncing the decision as a betrayal of the Kurds and a strategic blunder that will weaken American credibility and reverse gains against ISIS. (ANI)

I want an immediate trial: Trump on impeachment proceedings