Australian captain Aaron Finch has rated his Indian counterpart Virat Kohli as "probably" the greatest ODI player of all-time, while picking Rohit Sharma in the top-five.

Rohit (119) scored his 29th ODI hundred and Kohli made 89 off 91 balls as they shared a match-winning stand of 137 in the decisive third game against Australia here on Sunday.

For Finch, what stood out was that India overhauled the 287-run target with ease despite opener Shikhar Dhawan not coming out to bat due to a shoulder injury. 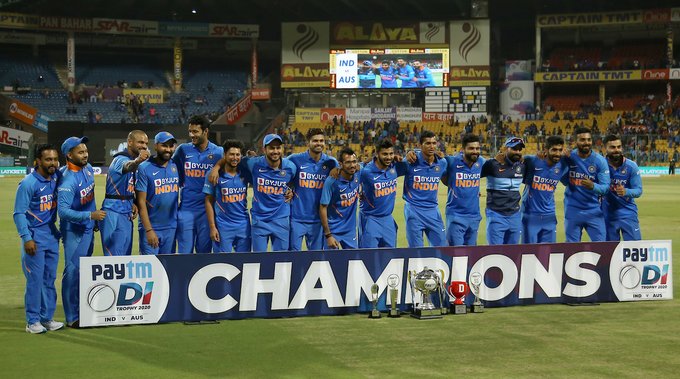 "They've got Virat who is probably the greatest ODI player of all-time, and Rohit who'd probably be in the top five batters of all-time. They're exceptional, and the thing with the Indian side at the moment is their experienced players are getting the job done in the big games," Finch said.

"Rohit's 100, especially without Shikhar there tonight, for them to shuffle and their two most dominant players to still get majority of the runs is a sign of a really settled and really quality top-order," said Finch at the post-match media interaction on Sunday night.

Australia could not get the final flourish they were looking for, mustering only 63 runs in the last 10 overs at the loss of five wickets, far too many in Finch's view.

"In the last two games we have had the bowlers batting for the majority of the last few overs. Which we saw in Rajkot the damage that KL (Rahul) could do in the back end because he was a settled batter. I think that's an area we just missed a couple of tricks. 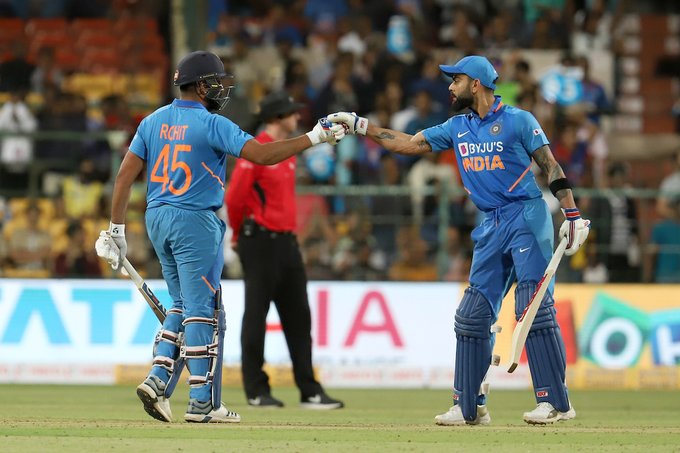 "Just not having an in batter being in and having faced 20 or 30 balls to get us deeper and get us to the back end," Finch said.

He also praised India's death over bowling at the same time.

Finch opted to bat at the Chinnaswamy Stadium, unlike the game in Rajkot where he chose to field. However, the pitch did not play as per his expectations.

"But I thought all four spinners for the game bowled exceptionally well. A little bit slow with the new ball but it seemed to slip on a bit towards the end there and there was a bit more dew than last night." 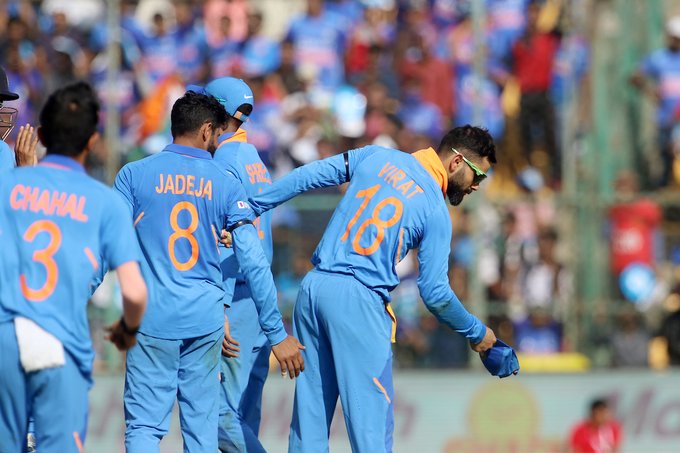 Finch added there were enough positives for them to take from the series despite being on the losing side. One of them was Marnus Labuschagne making an ODI debut.

Can Labuschagne also be an option in the shortest format?

"We'll have to juggle that. He probably hasn't played as much T20 cricket as he has one-day cricket throughout his career. He started really well in his two innings. To get 47 and 50-odd in his first two knocks on a little bit of a difficult wicket tonight," Finch said.

"He played really well and showed a lot of maturity. The Test summer and the Ashes has really made his confidence grow. He looked at home against a very good attack," he added. (PTI)