Both leaders discussed strengthening bilateral relations in economic, defence and security fields among others, according to MEA spokesperson Raveesh Kumar.

This is the third meeting between Modi and Abe in a period of three months. In June, the two leaders held talks at the G-20 Summit in Osaka while they again met face to face at the G7 Summit in Biarritz in August. 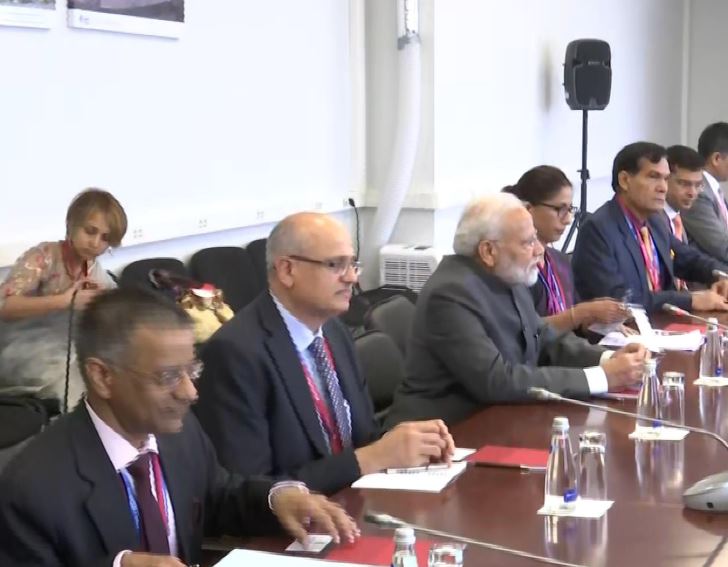 "Continuous engagement for concrete bilateral ties. Prime Ministers @AbeShinzo and @narendramodi meet in Vladivostok. This meeting comes after leaders interacted at the G-20 Summit in Osaka and @G7 in Biarritz. A wide range of subjects are being discussed in today's meeting," a tweet from the Prime Minister's Office (PMO) said.

The Prime Minister is currently on a two-day visit to Vladivostok for participating in the 20th India-Russia annual bilateral summit and fifth edition of the Eastern Economic Forum (EEF). Modi, along with Putin, is slated to address the summit as the chief guest later today.

This is the Prime Minister's maiden visit to the Russian Far East region.Upon his arrival here on Wednesday, Modi received a Guard of Honour at the Vladivostok International Airport. He then met Russian President Vladimir Putin and paid a visit to the 'Zvezda' Shipbuilding Complex. 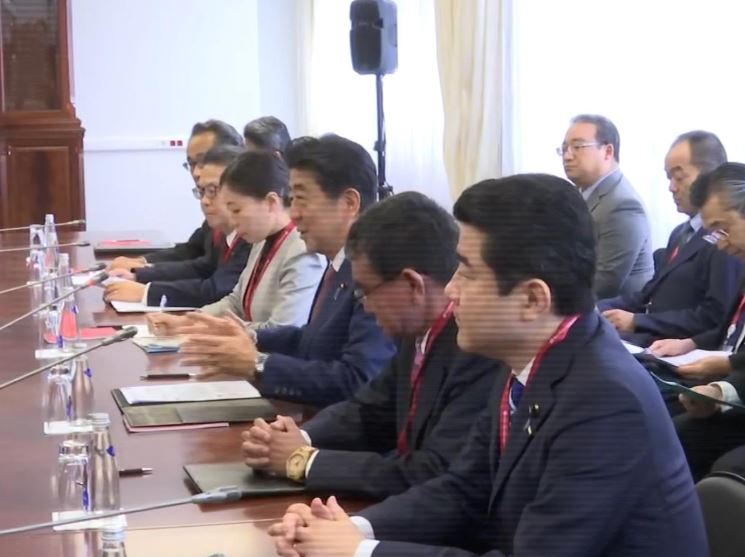 The two leaders also spent "quality time" together onboard a ship as part of a special gesture to further cement cooperation with "a valued friend", according to the PMO. Modi and Putin signed various agreements in the fields of military and technical cooperation, energy and science, LNG Business and LNG supplies, and natural gas, to name a few, after holding bilateral talks and delegation-level negotiations. (ANI)