Voting On Across 6 States In Assembly Bypolls, Telangana In Top Focus

Voting is underway in six states including Bihar, Odisha, Haryana, Telangana, Maharashtra, and Uttar Pradesh. Read on for details:

New Delhi: As voting is underway for assembly by-elections in seven vacant seats across six states, Telangana's Munugodu constituency remains the top focus point after a continuous war of words was witnessed in the run-up to the election.

The people of the Munugodu constituency of Telangana, who saw a heated election campaign from TRS and BJP prior to the polling, are queuing up to cast their votes. 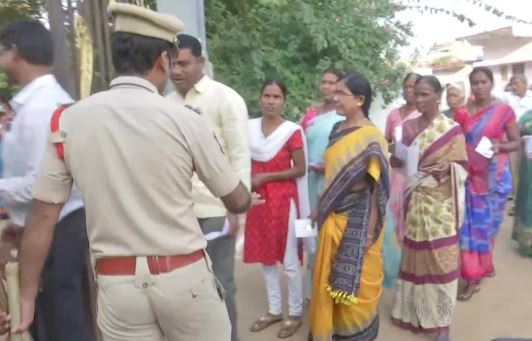 The elderly were also seen coming in wheelchairs to cast their votes.

Speaking to ANI, BJP candidate Raj Gopal Reddy while exuding confidence in his victory said that the people of the constituency want the development of the region which was "neglected" by the state government. 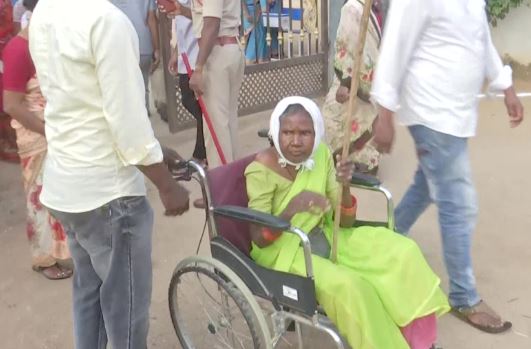 TRS government has neglected this. I have not been able to do anything for three and a half years because there is no law and order. We are fighting against the government of dictatorship. It is a corrupt government. I am confident that the people are with me and will bring good results," he said.

Polling is also underway in Maharashtra for the Andheri East bypoll from where the Uddhav Thackeray-led Sena faction has fielded Rutuja Latke, the wife of incumbent Sena MLA Ramesh Latke whose death in May necessitated the poll.

People were seen lined up to cast their votes. 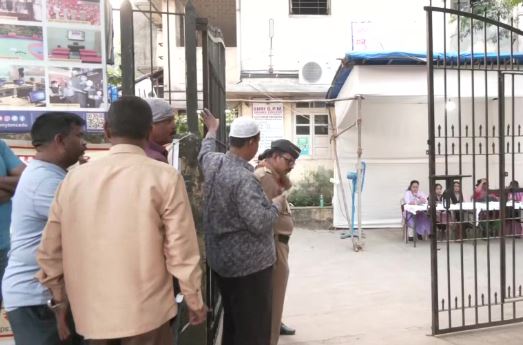 Speaking to the media, Bishnoi said, "I urge the people of Adampur to vote in large numbers for the bright future of the constituency. It is a one-way contest. We will defeat Congress. Congress will be number 2, but with a huge margin. Congress is in self-destruction mode."

The voters in Bihar's Mokama Assembly constituency where voting is taking place said that they are voting on the issue of development.

"Whosoever comes, there should be development. Development is not taking place on the ground at the necessary pace. We have come to vote on the issue of development," a voter, Mahesh said.

Another voter, Pintu said that the youth are voting on the issue of employment.

"We are youth and we are voting on the issue of employment. The required development has not taken place here," he said.

For the Mokama bypolls, the BJP has fielded Sonam Devi p against RJD's Neelam Devi, whose husband Anant Singh's disqualification has necessitated the by-election. 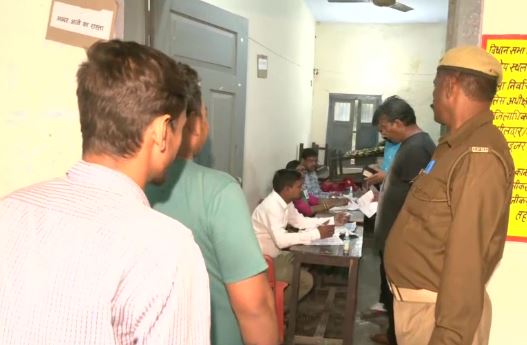 People casting their votes in Gola Gokarannath by-elections in Uttar Pradesh said that they wanted to keep the development going. The BJP has fielded Aman Giri while the Samajwadi Party (SP) has given a ticket to former MLA Vinay Tiwari.

"We have voted on the issue of development. We want to keep the development going in our constituency," a voter, Ajit Pandey said.

The District Magistrate, Mahendra Bahadur Singh said that security has been stepped up to maintain the law and order during the polling and warned of strict action against any act of miscreant.

"We have provided CAPF security on every booth for maintaining peace. The police are vigilant. Strict action will be taken against those who try to create problems. I urge the people to come out in large numbers and cast their votes," he said.

People were seen thronging the polling station in the Dhamnagar bypoll.

The Biju Janata Dal (BJD) has fielded Abanti Das for Odisha's Dhamnagar bypolls while the BJP has fielded Suryabanshi Suraj Sthitaprajana the son of Bishnu Sethi, BJP MLA after whose death, the assembly seat fell vacant, as its candidate for the by-election. (Agencies)

EC: Haryana and Maharashtra to vote on 21 October, counting on 24 October