A banner apparently flew near former US President Donald Trump's Mar-a-Lago resort in Florida on Sunday, calling him the worst President ever.

Washington: A banner apparently flew near former US President Donald Trump's Mar-a-Lago resort in Florida on Sunday, calling him the worst President ever.

The banner can be seen trailing behind a plane in a video shared Sunday by Twitter user Daniel Uhlfelder that read, "TRUMP WORST PRESIDENT EVER."

In a separate tweet by Uhlfelder, a photo also shows a banner reading "TRUMP, YOU PATHETIC LOSER GO BACK TO MOSCOW." 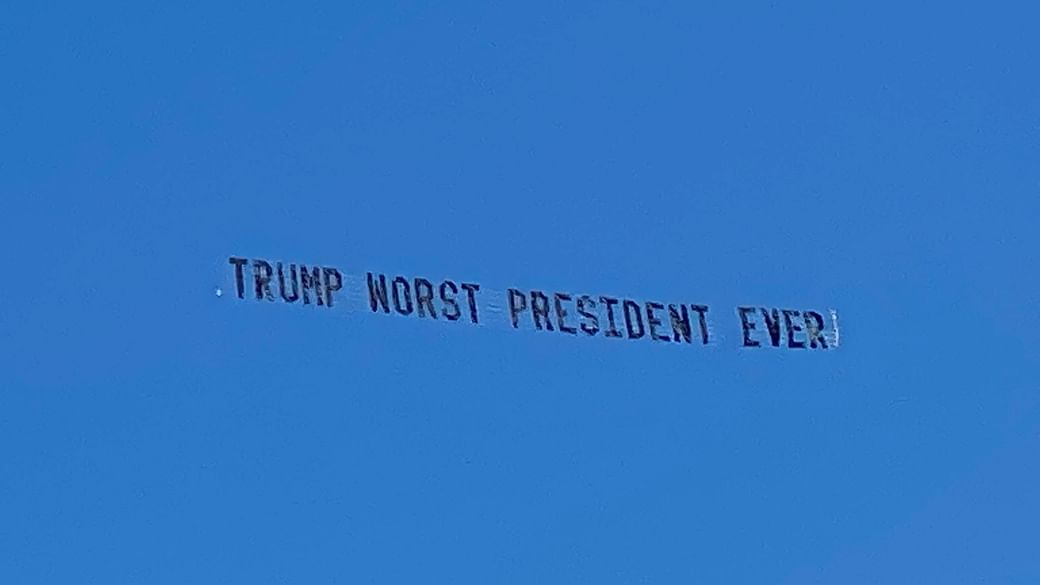 "Trump is getting a warm welcome from the skies near Mar-a-Lago today," Uhlfelder tweeted.

Social media also jumped in and hailed the move by saying. "Bravo!" and "This gave me a lil joy."

'Worst President ever' banner flew near Trump's resort in Florida

"Thanks for posting and a big thanks to this pilot. This just makes my day. Thanks again," another user wrote.

A user by the name of Janice wrote that the banner is "A reminder there are a lot of good people in Florida."

CNN reported that many members of Mar-a-Lago are leaving because they no longer want to have any connection to former President Trump, according to the author of the definitive book about the resort.

Trump's presidency officially ended last week after four years in the Oval Office, he returned to Florida from Washington on Wednesday. He did not attend President Joe Biden's inauguration in the US Capitol that day.

On January 6, a group of then-President Donald Trump supporters stormed the US Capitol to protest against law makers confirming electoral slates from battleground US states they thought were invalid. Trump had made a speech among thousands of supporters reiterating his claim a massive voter fraud had robbed his election victory and encouraged supporters to maintain support to "stop the steal."

Five people died in the riot, including one police officer as well as one Air Force veteran and Trump supporter who was shot dead by police. (ANI)

US must recognise Israel’s sovereignty over Golan heights, says Trump