1 dead, 5 missing in Fiji due to tropical cyclone Ana

One person died and five others went missing in Fiji as tropical cyclone Ana hit the South Pacific island nation.

According to Fiji Broadcasting Corporation (FBC) on Monday, a 49-year-old man drowned last Friday while five people, including a 3-year-old boy and two women, have gone missing during the severe weather caused by the tropical cyclone, which made landfall in Fiji on Saturday night.

Ana has caused extensive damages to Fiji. The main rivers in the nation have surged, and villages in the low-lying areas have been flooded. In some parts of Fiji, highways have been closed while power outages and landslides have been reported.

Currently, a total of 10,259 people are taking shelter in 318 evacuation centres around the island nation and the largest number of evacuees are in the northern part of Fiji with 5,776 people in 155 centres. 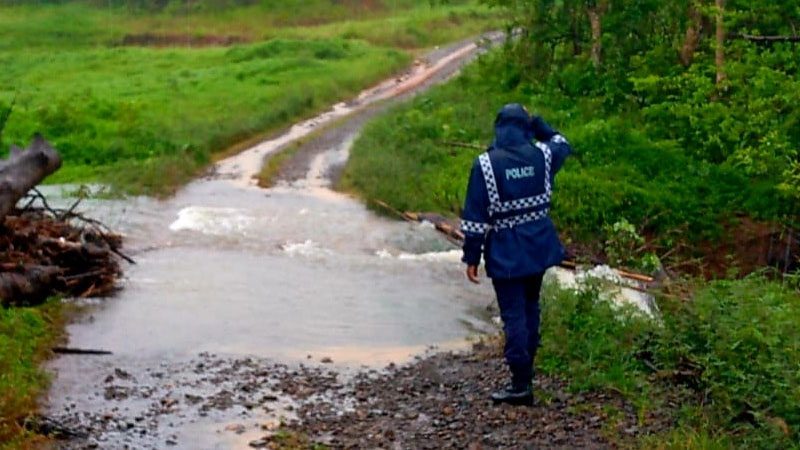 According to Fiji Meteorological Service (FMS) on Monday, tropical cyclone Ana is moving out of Fiji, but it will still bring rain and wind to the nation.

Meanwhile, another tropical cyclone Bina has been downgraded on Monday to a tropical depression TD07F, which can still bring heavy rain, damaging wind and flood to Fiji.

In Fiji, all schools remain closed on Monday until further notice. And all civil servants are advised to return to work with the exception of those living in high-risk areas and those affected by tropical cyclone Ana.

The tropical cyclone season in the South Pacific region runs between November and April every year and Fiji was predicted to experience up to three tropical cyclones during the current season. (ANI/Xinhua)

Thousands evacuated in Australia's worst flooding in almost half a century