Two persons have been arrested for allegedly robbing a jewellery shop in Vijaynagar area.

Also Read: UP- 3 robbers held with over 100 mobile phones

The robbery was carried out on May 2.

On Tuesday, during a routine checking at Hindon barrage area, two suspects were detained and on frisking them the robed jewellery were recovered, City Superintendent of Police Shlok Kumar said. 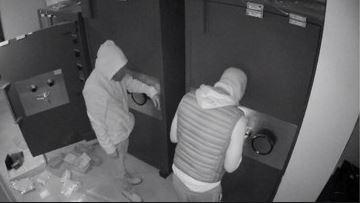 Twenty-six gold rings, 21 earrings and other ornamets along with two country-made pistols and six cartridges were seized from them, the officer said.

The accused, Rohit (24) of Burari in north Delhi and Rakesh (28) of Duzana village in Gautam Budh Nagar district, have been arrested, Kumar said.

Besides the robbery they have also confessed to killing a doctor in Loni on February 20, the police officer said. (PTI)