Chief Minister Arvind Kejriwal had said the Delhi government would put all relevant information online to ensure transparency in its functioning.

New Delhi: If things go according to plan, one can track Delhi government's schemes, projects and proposals through a mobile app from October.

The Delhi government has planned to launch a mobile application which would serve as a "single-window" platform to let people check status of its various projects.

"The Planning Department has been asked to develop an app which will enable citizens to know about government's work, schemes, proposals and projects and track their implementation at a single platform," said a senior government who did not wish to be named.

The planning department has already started work on the project, he said.

The move is intended to put in public domain all relevant information about government work and also enable the masses to track them.

Though a name for the mobile application is yet to be finalised, the official said, "We are expecting the app to be launched in October." 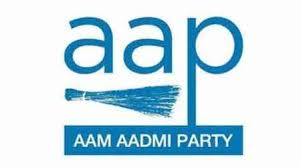 Earlier this month, Chief Minister Arvind Kejriwal had said the Delhi government would put all relevant information online to ensure transparency in its functioning.

The Delhi Assembly has also directed all government departments to send their replies to questions asked by lawmakers via email and in a pen drive.

The system will come into effect when the four-day Monsoon Session of the assembly begins on August 8. (PTI)