Rajasthan Royals skipper, Ajinkya Rahane opined that bowlers too should be given credit if the ball hit the wickets but do not dislodge the stumps by declaring it a dead ball.


Dubai: Rajasthan Royals skipper, Ajinkya Rahane on Sunday opined that bowlers too should be given credit if the ball hit the wickets but do not dislodge the stumps by declaring it a dead ball.

“The rules are what they are, but I told the umpire, at least don't declare it a boundary. It's already so tough for the bowlers in T20, and in such a situation, a ball can maybe be declared a dead ball,” International Cricket Council quoted Rahane as saying.

His comments came after an incident that took place during the match between Rajasthan Royals and Kolkata Knight Riders. 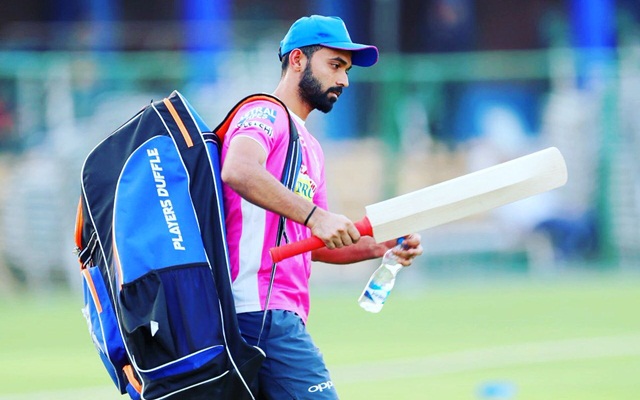 Controversy evoked when Dhawal Kulkarni bowled KKR's Chris Lynn but without displacing the bails, the ball went straight for a boundary and the umpire singled for a boundary. Rahane said rules are what they are but according to him, in such a situation the ball should be declared dead bowl so neither the batsman loses wicket nor he is awarded runs.

Law 29.1.1 is very clear on what constitutes a dismissal, it says, “The wicket is put down if a bail is completely removed from the top of the stumps, or a stump is struck out of the ground.”

Earlier, the same thing happened when MS Dhoni hit the wicket when KL Rahul was outside the crease, but that time as well the bails just lighted up and did not come off, as a result, Rahul was given not out. (ANI)