Kolkata Knight Riders captain Dinesh Karthik has praised his players for their all-round clinical effort in his side's eight-wicket win over Rajasthan Royals in an IPL match but said they need to improve in certain aspects.

Jaipur: Kolkata Knight Riders captain Dinesh Karthik has praised his players for their all-round clinical effort in his side's eight-wicket win over Rajasthan Royals in an IPL match but said they need to improve in certain aspects.

"It was a pretty clinical effort, the bowlers bowled well and the batsmen backed it up well too," Karthik said after the win here on Sunday night.

"In India, you get to play on a lot of slow surfaces and you need to adapt to them. We need to improve in a few situations, but that's always the case," he added. 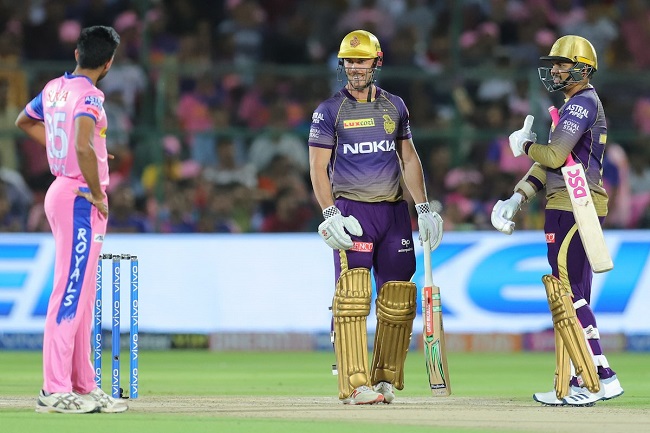 Asked about his side's debutant pacer Harry Gurney, who took two wickets for 25 runs, Karthik said, "Well Harry (Gurney) is a true professional, he's played in leagues all over the world."

Gurney, on his part, said, "It was a pitch that suited my cutter options, so a nice one to make my debut on. I work hard on my variations and on my yorker and it is nice to have them in tough situations, although I didn't use it much tonight.

"I am working on a knuckle ball but I don't think it will be ready during the IPL, maybe somewhere in the English summer."

KKR opener Chris Lynn, who scored 50, said, "I rode my luck again. But we knew we had to go hard in the powerplay. It slowed up as the innings progressed. It was a nice powerplay and we were in cruise control after that."

On the ball which he inside-edged but did not dislodge the bail after hitting the leg stump, he said, "I nicked it, so I thought I was gone one way or the other. It happens in T20 cricket.

Chasing 140 for a win, Sunil Narine (47) and Lynn (50) shared 91 runs for the opening stand in 8.3 overs to take the game away from Rajasthan Royals as KKR reached the target with 6.1 overs to spare.

"Unbelievable (batting from Narine). He has done it for a couple of years now. We don't talk too much. Just keep it simple. I am traditionally a slow starter. It is a long tournament, we are building nicely with important wins."

Rajasthan Royals captain Ajinkya Rahane rued that his side was short by 10-20 runs. 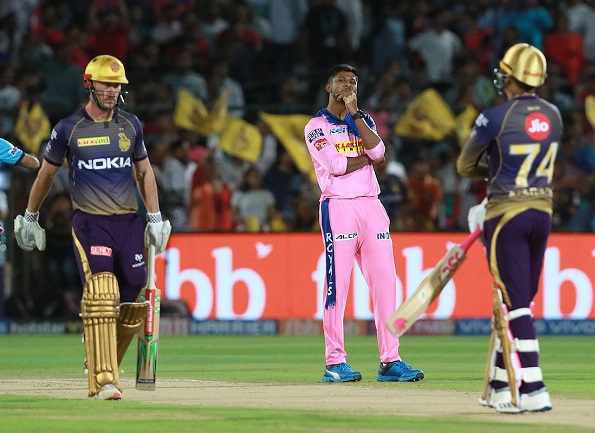 "I think on this wicket 150-160 would have been good. We had runs on the board and a slower wicket. But, I don't think we bowled to our plans. Lots of learning from this game though. Such things happen in cricket, we need to learn from our mistakes," he said.

"I think we should focus on playing good cricket and improve in the upcoming games. The wicket was going to be slow and we knew that, so we thought it was the right time to give him (Midhun) a game today. (PTI)

Nitish Rana: Want to hold on to my form