Samajwadi Party (SP) leader Akhilesh Yadav on Monday hit out at the Central Government for restricting the movement of people in Jammu and Kashmir.

Lucknow: Samajwadi Party (SP) leader Akhilesh Yadav on Monday hit out at the Central Government for restricting the movement of people in Jammu and Kashmir.

"We should all learn the art of institutional control from BJP, removing Article 370 was in the BJP's manifesto and they did that. I just want to remind you that what happened with them today can happen with us tomorrow," Yadav said at a press conference here.

He questioned the abrogation of Article 370 and added, "Today it is more than 20 days that people are still locked in their houses in Kashmir. If the Center's decision was so great then why was it not taken with the people's consent? I have already spoken my mind on the issue in the Lok Sabha, I do not have anything more to add."

Yadav's comments came after Bahujan Samaj Party (BSP) chief Mayawati said that the Opposition leaders should have put in a little more thought before leaving for Srinagar. 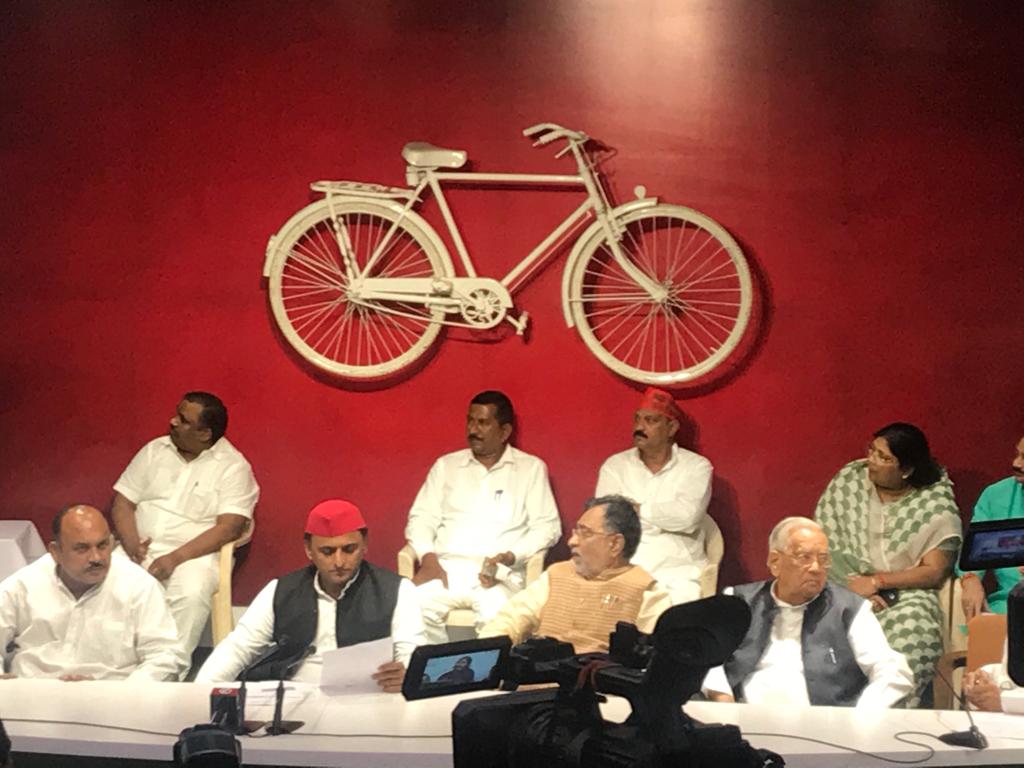 "Did not the recent visit of Congress and other party leaders without permission similar to giving the Centre and the Governor a chance to do politics? It would have been appropriate if they had thought about it a bit before going there," Mayawati said in a series of tweets supporting the Central government earlier today.

Yadav also took the occasion to target Chief minister Yogi Adityanath-led state government over law and order situation in the state and alleged that none of the promises made before elections were fulfilled by the BJP government in Uttar Pradesh.

"Look at the failing law and order situation in the state. They have turned Uttar Pradesh into 'hatya' pradesh. So many people killed in encounters in the name of controlling crime. Where are the jobs which they promised? They have not come, and let me tell you neither will the industries come to the state," he said. (ANI)

Game over for BJP govt: Akhilesh on UP budget