The Andhra Pradesh government transferred as many as 32 IAS officers and gave postings to seven others, in a bureaucratic reshuffle.


Amaravati: The Andhra Pradesh government transferred as many as 32 IAS officers and gave postings to seven others, in a bureaucratic reshuffle.

The transfer orders were issued Friday midnight.Three senior IAS officers including a Special Chief Secretary, who served in the previous Chief Minister's Office, have not been given any postings yet, though they were transferred out three weeks ago.

AP Govt transfers 42 IAS, IPS and other officers in the state. @ysjagan @DynamiteNews_

Chief Secretary L V Subrahmanyam issued a government order notifying the transfers and postings.Budithi Rajsekhar (1992 batch) has been moved out yet again after the government issued orders earlier transferring him from the Agriculture Department but subsequently cancelling them. He has now been made Principal Secretary of School Education. B Udayalaxmi (1993) has been posted as Principal Secretary, Labour and Employment.

Finance Secretary Muddada Ravichandra (1996) has been posted as Secretary, Social Welfare, while incumbent Mukesh Kumar Meena (1998) has been shifted to the Tribal Welfare Department. 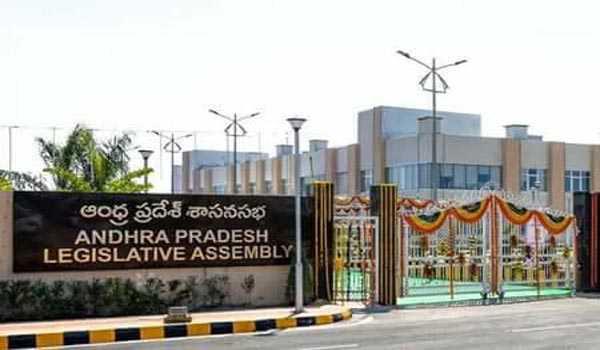 Joint Collectors of eight districts have been replaced while three major cities got new Municipal Commissioners in the rejig.

A Mallikarjuna (2012) has been given the crucial post of CEO of Aarogya Sri, the flagship health insurance scheme of the government.